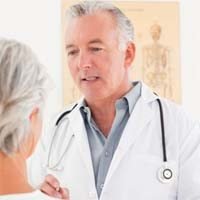 But researchers at Wake Forest have confirmed that, for patients whose peritoneal mesothelioma recurs after surgery and hyperthermic intraperitoneal chemotherapy (HIPEC), a second treatment may be just as effective at prolonging survival. Peritoneal mesothelioma occurs in the lining of the abdomen.  It is the result of ingestion or inhalation of asbestos fibers.

Cytoreductive (CRS) surgery involved a scraping away of the tumor from the peritoneum. When it is followed  by a wash of heated chemotherapy drugs through the open abdominal cavity (HIPEC), it has been shown to slow the progression of the disease and improve survival.

Wake Forest researchers evaluated sixty-two patients – including seven with peritoneal mesothelioma – who had second CRS/HIPEC treatments. Median survival after the second treatment was 21.8 months for mesothelioma. Although 48.4% of patients did have significant complications after surgery, only 3.2% died as a result of the procedure. Patients who had a longer period of time between the two procedures survived longer than those whose CRS/HIPC treatments were closer together.

“In experienced tertiary centers and for selected patients,” concluded the study, “a repeat CRS/HIPEC procedure has morbidity and mortality similar to the initial cytoreduction.” Survival depends on how complete the second CRS/HIPEC treatment is and “favorable biology of the tumor.”

Vatanopoulos, KI et al, “Outcomes of Repeat Cytoreductive Surgery and Hyperthermic Intraperitoneal Chemotherapy for the Treatment of Peritoneal Surface Malignancy”, May 25, 2012, Journal of the American College of Surgeons, Epub ahead of print.

A Canadian study found that tracking trends in mesothelioma at the local level can help officials predict future mesothelioma cases. Most mesothelioma tracking efforts focus on the national scale and monitor cases across a country or region. This study, published in Cancer Causes and Control, looked at mesothelioma cases based on industrial sources of asbestos in Ontario and British Columbia. Growing Number of Cases Asbestos is a toxic material that is used in many commercial and industrial products. It’s durability and heat resistance made it very popular in products like construction materials, textiles, and vehicles. Mesothelioma is a deadly cancer caused by exposure to asbestos. It was first identified as a cancer-causing material in 1977 by the International Agency for … END_OF_DOCUMENT_TOKEN_TO_BE_REPLACED