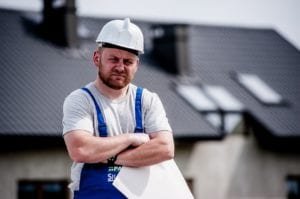 A new study from the University of Illinois suggests that patients with peritoneal mesothelioma who undergo  surgery may not get any benefit from having chemotherapy, too.

Mesothelioma patients who have cytoreductive surgery, which is also called debulking surgery, tend to live more than four times as long as those who do not have the surgery. Rinsing the abdominal cavity with a heated solution of cancer-killing drugs may improve survival even more.

But, according to the new study, the same cannot be said of chemotherapy drugs that are delivered orally or by injection or infusion so that they circulate through the whole body (systemic chemotherapy).

Peritoneal mesothelioma is a fast-growing malignancy that occurs on the membrane that lines the abdomen. It is usually caused by accidentally swallowing asbestos dust.

Cytoreductive surgery, which involves removing the membrane and scraping away as much diseased tissue as possible from inside the abdomen, has become the gold standard peritoneal mesothelioma treatment.

To test the value of systemic chemotherapy for mesothelioma along with surgery, the University of Illinois researchers identified 1,740 peritoneal mesothelioma patients in a national patient database.

A fifth group of mesothelioma patients who received no treatment at all was included as a control group.

Which Mesothelioma Treatment Combo Was Most Effective?

Of all the groups analyzed, the peritoneal mesothelioma patients who received only cytoreductive surgery lived the longest with a median survival of 57 months.

Although the addition of chemotherapy seemed to offer a small mesothelioma survival benefit at one year, the benefit diminished after that, so that by the time a patient was 2, 3, or 5 years out, they were less likely to be in a longer-lived category if they had chemotherapy.

“No difference in overall survival was noted with the addition of chemotherapy to complete debulking regardless of the timing,” concludes lead investigator Samer Naffouje, MD, a surgical oncology research fellow at the University of Illinois at Chicago. “Complete debulking remains the standard of treatment for malignant peritoneal mesothelioma.”

The findings are published in a recent issue of the British medical journal Medical Oncology.

Naffouje, SA, “The impact of chemotherapy and its timing on survival in malignant peritoneal mesothelioma treated with complete debulking”, April 12, 2018, Medical Oncology

Researchers in Iran tested the safety of a new version of the drug pemetrexed in patients with non-small cell lung cancer and malignant pleural mesothelioma. This drug is used to treat these patients when they are not able to get surgery for their cancer. The researchers were able to determine that pemetrexed is safe in patients with non-squamous non-small cell lung cancer. Treatment Choices Malignant pleural mesothelioma is a lung-related cancer like non-small cell lung cancer. It is caused by exposure to asbestos. Treatment for mesothelioma usually involves chemotherapy, radiation therapy, and surgery. Patients may receive more than one type of treatment. This is called multimodal therapy. Pemetrexed is a chemotherapy drug that interrupts the cell replication process that helps … END_OF_DOCUMENT_TOKEN_TO_BE_REPLACED