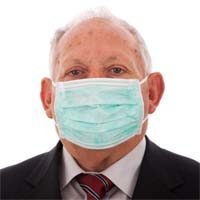 People who are older than 70, have a high white blood cell count, or high levels of a particular protein in their blood may be less likely to survive malignant mesothelioma than other patients.

This is the finding of a group of researchers from the University of Tokyo.  The researchers studied 314 patients who had been diagnosed with malignant pleural mesothelioma, a rare and aggressive cancer linked to asbestos exposure.  The survival of these patients was tracked using the Kaplan-Meier method, which takes into account the fact that certain patients may drop out of such a study prior to its completion.

In addition to finding that older patients, those with high white blood cell counts, and those with high C-reactive protein levels were at greater risk, the researchers also pinpointed several other factors associated with lower mesothelioma survival rates.

The other risk factor for lower mesothelioma survival was poor performance status, a term physicians use to characterize the severity of a patients’ symptoms and their ability or inability to function normally.

Of the 314 mesothelioma patients in the University of Tokyo study, 51 were transferred to other hospitals or dropped out of contact before the study ended.  Of those whose remained in the study, forty were still alive at the end of the observation period.  The median survival for all patients studied was 308 days.

After adjusting the results for other factors, the researchers concluded that, “Some baseline conditions… were determinants of poor survival of patients with malignant mesothelioma.”

Risk factors for mesothelioma include asbestos exposure.  As many as 100,000 deaths around the world are attributed to the disease each year.

The MESOMICS project is the most comprehensive dataset of mesothelioma genomics to date. The data in this resource can help researchers to design precision treatments for mesothelioma patients This project was created by an international collaboration between scientists from France, Chile, and the United States. Understanding Diagnosis Malignant pleural mesothelioma is a rare cancer caused by asbestos exposure. There are approximately 2,000 cases of mesothelioma diagnosed in the United States alone every year. Because it is so rare, the treatment options are very limited compared to other types of cancer. The limited treatment options combined with the cancer’s ability to spread without being noticed makes mesothelioma a deadly disease. Median overall survival for mesothelioma patients is a little over a … END_OF_DOCUMENT_TOKEN_TO_BE_REPLACED