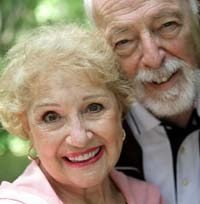 A new study suggests that women have a survival advantage over men when it comes to treatment for the most common type of malignant pleural mesothelioma.

Although as many as 90 percent of people who contract the asbestos-linked cancer are men, women who contract the disease in its most common form are more likely to respond well to aggressive treatment.  The study published in the Annals of Thoracic Surgery reviewed 702 cases of malignant pleural mesothelioma.  Of those, 145 were women.

The researchers found a definite difference in survival for men and women with one type of mesothelioma but they found no gender difference with the other type.

“The effect of gender on survival of patients with epithelial disease persisted when controlling for age, stage, thrombocytosis, leukocytosis, and anemia with a multivariable analysis, “ note the Brigham and Women’s Hospital researchers.

The researchers concluded that, barring other health problems, women with epithelioid mesothelioma can tolerate, and likely benefit from, intensive treatment including surgery.

They wrote “These findings support an aggressive approach to treating MPM including extrapleural pneumonectomy in individuals with favorable prognostic predictors, particularly women with epithelial histology and no other risk factors.”

Although most cases of mesothelioma in men can be traced to occupational exposure to asbestos, many women who contract the disease are victims of second-hand exposure such as washing a spouse’s contaminated work clothes.