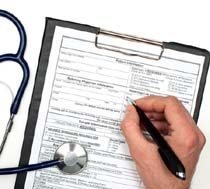 A population based analysis of people with malignant pleural mesothelioma suggests that tumor grade and surgery have the greatest impact on overall survival.

The study conducted by researchers in the department of radiation oncology at the University of Rochester in New York analyzed the medical records of 9,701 mesothelioma patients from 1973 to 2006.   Their goal was to examine the variables that affect the overall survival in people with mesothelioma, an aggressive cancer caused by exposure to asbestos.

Of the 9,701 patients followed, 55 percent were still alive six months after diagnosis.  Thirty-three percent survived for a year and another 5 percent were still living five years after their mesothelioma diagnosis.  Younger patients, women, those with the most common (epithelioid) type of mesothelioma and those who underwent cancer-directed surgery and/or radiation had the best prognosis.  Predictably, those whose cancers were diagnosed later, or patients whose cancer had metastasized to other parts of the body did not fare as well. When grouped by stage, histology or tumor grade, patients who had a combination of surgery and radiation had the best median survival.

Another significant factor affecting the prognosis of the mesothelioma patients in the study was tumor grade.  Doctors characterize or ‘grade’ tumor cells, based on how similar they appear to the normal cells around them.  In general, tumor cells that most closely resemble normal cells are classified as lower grade and tend to be less aggressive.  These are said to be well differentiated.

The authors conclude that tumor and grade and surgery are the two factors most closely associated with mesothelioma overall survival.  They write, “Although being amenable to surgery likely reflects more indolent disease and/or better performance status and cardiopulmonary function, the significantly favorable impact of surgery, accounting for tumor grade, histology, and stage may reflect a therapeutic benefit.”

The study was published in the November 5th issue of The Journal of Thoracic Oncology.

The MESOMICS project is the most comprehensive dataset of mesothelioma genomics to date. The data in this resource can help researchers to design precision treatments for mesothelioma patients This project was created by an international collaboration between scientists from France, Chile, and the United States. Understanding Diagnosis Malignant pleural mesothelioma is a rare cancer caused by asbestos exposure. There are approximately 2,000 cases of mesothelioma diagnosed in the United States alone every year. Because it is so rare, the treatment options are very limited compared to other types of cancer. The limited treatment options combined with the cancer’s ability to spread without being noticed makes mesothelioma a deadly disease. Median overall survival for mesothelioma patients is a little over a … END_OF_DOCUMENT_TOKEN_TO_BE_REPLACED