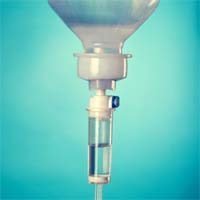 Peritoneal mesothelioma is a rare cancer that occurs in the membranous lining of the abdomen. This virulent cancer is caused by exposure to asbestos. Because it is so aggressive, most patients with peritoneal mesothelioma are treated with multiple modalities, or a variety of different treatments, in an effort to attack the cancer from all sides.

When the research team compiled their results, they found that patients who had a low performance status (a positive measure of their current functionality) and a low peritoneal cancer index score were the most likely to have greater completeness of cytoreduction (CC). Postoperative complications were most likely to arise in patients with a higher performance status score or those who had had certain intestinal or peritoneal procedures in the past.

They concluded, “The completeness of cytoreduction, G3-5 [complications] and overall survival were not influenced by aspects related to perioperative systemic chemotherapy.” They suggest that their data be confirmed by larger comparative analyses involving more mesothelioma patients from multiple institutions.

Researchers in Iran tested the safety of a new version of the drug pemetrexed in patients with non-small cell lung cancer and malignant pleural mesothelioma. This drug is used to treat these patients when they are not able to get surgery for their cancer. The researchers were able to determine that pemetrexed is safe in patients with non-squamous non-small cell lung cancer. Treatment Choices Malignant pleural mesothelioma is a lung-related cancer like non-small cell lung cancer. It is caused by exposure to asbestos. Treatment for mesothelioma usually involves chemotherapy, radiation therapy, and surgery. Patients may receive more than one type of treatment. This is called multimodal therapy. Pemetrexed is a chemotherapy drug that interrupts the cell replication process that helps … END_OF_DOCUMENT_TOKEN_TO_BE_REPLACED