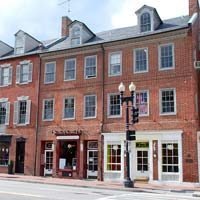 University of Pennsylvania researchers have announced that they will use a $1.2 million National Institutes of Health grant to study the residual effects of asbestos, the mineral that causes mesothelioma, on the town of Ambler, Pennsylvania.

Once a bustling asbestos manufacturing town, Ambler is now home to two EPA Superfund cleanup sites. The Ambler Asbestos Piles, also known as the ‘White Mountains’, and the BoRit Asbestos site are all that is left of an industry that both supported and put the community at risk starting in 1897. Before it was known that asbestos caused mesothelioma and other health problems, thousands of unprotected workers had already been exposed. The mesothelioma risk in Ambler continued into the 1980’s when the last remaining asbestos plant shut down.

Now, a UPenn professor with expertise in anthropology and another with expertise in medicine are joining forces to examine the long-term social, economic and medical impact of asbestos in Ambler. During the first year of the grant project, the team will conduct interviews of residents and their families affected by mesothelioma or other asbestos side effects. Eventually, the information gathered will be the basis of a permanent exhibit on Ambler’s asbestos legacy and possibly even a play on the subject.

“One of the things that he wanted to understand better was how people’s lifestyles might have [been affected],” Dr. Frances Barg, associate professor of family medicine and community health at the University of Pennsylvania and the principal investigator for the new grant project told the Ambler Gazette. “What’s the relationship between someone’s working conditions and the activities they did outside of work and how might that have affected the kinds of exposures they had to asbestos?”

Mesothelioma, a rare but virulent cancer, is almost always caused by exposure to asbestos. People who worked in the asbestos industry and those who simply lived near the sites are at much higher lifetime risk for mesothelioma, which tends to develop decades after initial exposure. Ambler is not the only American town with a history of mesothelioma risk. People who lived or worked in or around the asbestos mines in Libby, Montana have also contracted mesothelioma in record high numbers. Researchers say Ambler’s asbestos project may be used as a template for similar projects in other asbestos towns like Libby.

A new study out of India shared new findings on the most accurate way to diagnose mesothelioma. Malignant peritoneal mesothelioma (MPM) is a rare type of cancer. The peritoneum is the membrane that lines your abdominal cavity. MPM forms in this lining and spreads within the abdominal cavity. Mesothelioma is caused by exposure to asbestos. MPM is likely caused by ingesting asbestos that become stuck in the abdomen. It can take up to 50 years for MPM to form and cause symptoms after asbestos exposure. It can be hard for doctors to diagnose MPM. This is because MPM is so rare and the symptoms often look like more common diseases. A delayed diagnosis leads to delayed treatment and a lower … END_OF_DOCUMENT_TOKEN_TO_BE_REPLACED