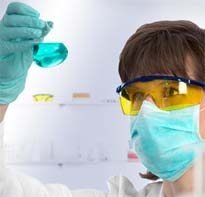 University of Chicago researchers have released the results of genetic studies they hope will shed some light on why some mesothelioma patients respond well to pemetrexed (Alimta) while others do not.

In 2004, pemetrexed was the first medicine approved by the FDA specifically for the treatment of malignant mesothelioma.  It has since also been approved for the treatment for small cell lung cancer.  While it has been hailed as a breakthrough mesothelioma drug, and has become the gold standard for chemotherapeutic treatment of the disease, pemetrexed also has many serious side effects including low white blood cell counts, low blood platelets, anemia, fatigue and nausea.

In addition, pemetrexed does not work for all mesothelioma patients.  The ability to predict which patients are most likely to respond could spare some patients the serious side effects of pemetrexed and help steer their doctors in a more effective treatment direction.

To conduct their study, the Chicago-based research team used quantitative trait loci (eQTL) mapping combined with drug-induced cytotoxicity data to measure the connections between genes and pemetrexed susceptibility for mesothelioma and lung cancer.  They found that the expression of two genes in particular – CTTN and ZMAT3 – accounted for more than 30 percent of the cases of pemetrexed resistance.  The findings were confirmed using a different type of assay.  Conversely, when gene expression of CTTN or ZMAT3 was suppressed, there was a decrease in cell survival – an indication that the pemetrexed was working.

The results could eventually lead to a simple blood test for expression of CTTN or ZMAT3 to predict the likely response of individual mesothelioma patients to pemetrexed.  While the study has important implications for mesothelioma patients, the researchers say it could also be used to improve the treatment of other cancers.

In a summary of their findings the authors concluded that their study further supports the use of genetic determinants for chemotherapeutic susceptibilities for mesothelioma and other diseases.

A new study out of India shared new findings on the most accurate way to diagnose mesothelioma. Malignant peritoneal mesothelioma (MPM) is a rare type of cancer. The peritoneum is the membrane that lines your abdominal cavity. MPM forms in this lining and spreads within the abdominal cavity. Mesothelioma is caused by exposure to asbestos. MPM is likely caused by ingesting asbestos that become stuck in the abdomen. It can take up to 50 years for MPM to form and cause symptoms after asbestos exposure. It can be hard for doctors to diagnose MPM. This is because MPM is so rare and the symptoms often look like more common diseases. A delayed diagnosis leads to delayed treatment and a lower … END_OF_DOCUMENT_TOKEN_TO_BE_REPLACED