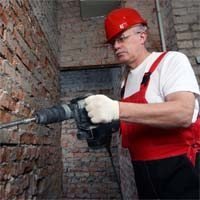 A new survey conducted among asbestos workers in the UK finds that too many do not fully understand the laws about asbestos exposure and how to reduce their risk of deadly malignant mesothelioma.

The goal was to determine how much construction workers know about the risks and regulations regarding asbestos, the primary cause of pleural mesothelioma in the UK and around the world.

Too Many Don’t Know How to Manage Mesothelioma Risk

Most people have heard that asbestos—once a common component of many building products—is associated with the risk of mesothelioma, lung cancer, asbestos and other diseases. The surveyed construction workers were no exception.

However, when it came to what exactly what they should be doing to reduce their risk or what to do if they encountered asbestos on the job, many were unclear.

“This is particularly the case among small companies, sole traders, and older workers,” Dr. Lesley Rushton, the new Chair of the UK’s Industrial Injuries Advisory Council, told the UK trade journal Planning and Building Control Today. “Uncertainty and ignorance surrounding how to prevent workers from breathing in the fibres is deeply worrying.”

US Asbestos Law and Malignant Mesothelioma

Asbestos is the top worldwide cause of malignant mesothelioma, in both its pleural and peritoneal forms. The World Health Organization estimates that more than 100,000 people die of mesothelioma and other asbestos-related illnesses every year, many of them construction workers.

Although 62 countries, including the UK, have now banned asbestos, asbestos is still legal in the US. Multiple attempts have been made to pass federal legislation which would ban the carcinogen, but they have continually been blocked by corporations with an interest in asbestos.

However, there are strict regulations on asbestos handling and removal (called abatement) intended to minimize mesothelioma risk to US workers and the public. The US Environmental Protection Agency (EPA) and the Occupational Safety and Health Administration (OSHA) are the primary entities charged with enforcing these laws.

Among other things, they require employers to supply workers with protective gear and to train them in its use and in proper asbestos handling. Independent contractors are expected to know the asbestos regulations and abide by them.

According to the American Cancer Society, more than a million American employees in construction and other industries “face significant asbestos exposure on the job.”

Certain types of biomarkers can help doctors predict the best chemotherapy treatment for patients with malignant pleural mesothelioma. Researchers from Cairo University in Egypt looked at 91 mesothelioma patients. They tested two different chemotherapy drug combinations: pemetrexed plus cisplatin and gemcitabine plus cisplatin. FDA Approved Treatment Options Mesothelioma is a rare cancer caused by asbestos and standard therapies are limited. Most mesothelioma patients have chemotherapy as their first-line treatment. If they are healthy enough, they may also have surgery or radiation therapy. Chemotherapy is a group of toxic drugs that kill cells by damaging their DNA. As of this writing, the only FDA approved chemotherapy for malignant pleural mesothelioma is a combination of pemetrexed and cisplatin. Gemcitabine is not an … END_OF_DOCUMENT_TOKEN_TO_BE_REPLACED