Home / News / A New Standard of Care for Mesothelioma? 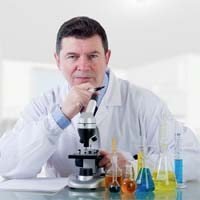 Chemotherapy for malignant pleural mesothelioma may be about to undergo the first major change in more than a decade.

Scientists in France have improved overall survival among their mesothelioma patients by adding a third drug to the standard mix of pemetrexed (Alimta) and a platinum-based drug called cisplatin.

Standard of Care for Mesothelioma Chemotherapy

But even this popular mesothelioma treatment combination has shown only limited success, typically extending mesothelioma survival by only a few months.

Now, a team of French scientists say adding a third drug to standard mesothelioma chemotherapy may have a significant impact on outcomes.

The team has been testing the effectiveness of adding a drug called Avastin (bevacizumab) to the mix as part of a six-year Mesothelioma Avastin Cisplatin Pemetrexed Study (MAPS).

Avastin is a an angiogenesis inhibitor designed to slow the growth of new blood vessels needed to feed a growing mesothelioma tumor.

Between 2008 and 2014, the French doctors randomly assigned 448 mesothelioma patients to receive either the standard two-drug chemotherapy or the new three-drug combination treatment with Avastin.

The drugs were administered in 21 day cycles for up to six cycles until mesothelioma tumors began to grow again or until side effects became too severe.

The results of the MAPS trial. reported in a recent edition of The Lancet, have excited the mesothelioma community.

The 223 patients in the bevacizumab group had a 23% lower risk of death and survived an average of 2.7 months longer than the standard chemotherapy group – the longest overall survival ever seen in a large controlled pleural mesothelioma trial.

“Addition of bevacizumab to pemetrexed plus cisplatin significantly improved overall survival in malignant pleural mesothelioma at the cost of expected manageable toxic effects,” writes lead author Gerard Zalcman, MD, an oncologist and researcher with the University of Caen.

The team concludes that Avastin “should be considered as a suitable treatment for the disease.” In response to the study, some have suggested that the addition of Avastin for mesothelioma chemotherapy should become the new standard of care for this highly aggressive asbestos cancer.

Italian researchers say lung-sparing surgery can lead to long-term mesothelioma survival, even if surgeons take a more conservative approach.  Lung-sparing surgery for mesothelioma is also known as pleurectomy with decortication (P/D). P/D surgery is less extensive than the other main surgical approach for mesothelioma but it is also less risky. Now, doctors at Venice-Mestre Hospital say that, as long as it is performed early enough and combined with other treatments, lung-sparing surgery saves lives. Their report in the Journal of Thoracic Disease details the outcomes of 155 mesothelioma surgery patients tracked for a median of a year-and-a-half.  Extrapleural Pneumonectomy & Lung-Sparing Surgery Extrapleural pneumonectomy (EPP) is the most radical operation for pleural mesothelioma. In addition to removing the mesothelioma tumor … END_OF_DOCUMENT_TOKEN_TO_BE_REPLACED