Home / News / Mesothelioma Chemotherapy Could Get a Boost from Altered Virus 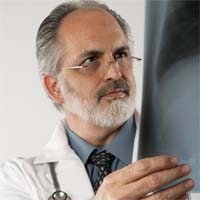 An altered form of a virus that typically causes respiratory illness may help boost the effectiveness of chemotherapy for mesothelioma.

In a study published in the Journal of Thoracic Oncology, researchers found that deleting a gene from adenoviruses made the drugs pemetrexed and cisplatin more cytotoxic to mesothelioma cells in the lab.

In its unaltered state, the adenovirus is the virus most closely associated with respiratory problems, ranging from the common cold to pneumonia, croup and bronchitis.  It can also cause gastroenteritis, cystitis, and conjunctivitis. However, when it is altered in the lab by removing a particular gene, it can become a powerful ally in the fight against hard-to-treat cancers like mesothelioma.

In the latest study, researchers first deleted the E1B-55kD gene from adenoviruses and  then exposed the altered viruses (expressed as Ad-delE1B55) to mesothelioma cells along with a combination of pemetrexed and cisplatin. They found that the virus “produced antitumor effects in vitro.” But even more exciting was the fact that the virus also increased the cytotoxicity of cisplatin against mesothelioma in an orthotopic animal model.

According to the study’s authors, the Ad-delE1B55 appears to work by interfering with the life cycle of mesothelioma cells, stimulating programmed cell death (apoptosis) to occur earlier and making them more vulnerable to the cytotoxic effects of first-line chemotherapy drugs. Examination of the treated mesothelioma cells also found chromosomal abnormalities. Finally, Ad-delE1B55 appeared to turn on the p53 tumor suppressor gene, which is often defective in mesothelioma patients. The study summary concluded that “…the oncolytic adenovirus is a potential therapeutic for mesothelioma”.

Researchers in Iran tested the safety of a new version of the drug pemetrexed in patients with non-small cell lung cancer and malignant pleural mesothelioma. This drug is used to treat these patients when they are not able to get surgery for their cancer. The researchers were able to determine that pemetrexed is safe in patients with non-squamous non-small cell lung cancer. Treatment Choices Malignant pleural mesothelioma is a lung-related cancer like non-small cell lung cancer. It is caused by exposure to asbestos. Treatment for mesothelioma usually involves chemotherapy, radiation therapy, and surgery. Patients may receive more than one type of treatment. This is called multimodal therapy. Pemetrexed is a chemotherapy drug that interrupts the cell replication process that helps … END_OF_DOCUMENT_TOKEN_TO_BE_REPLACED