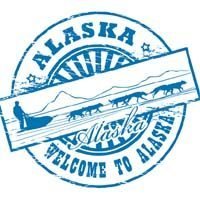 Alaska lawmakers have decided not to let the threat of mesothelioma stand in the way of progress.

In April, the state legislature voted to allow mining and use of asbestos gravel in communities where NOT using it would be too expensive. Asbestos, a mineral long associated with malignant mesothelioma, occurs naturally in many parts of the state.  But according to Alaska Public Radio, the presence of asbestos has stopped construction on roads and other public projects that depend on local gravel.

The new legislation gives legal protection to landowners and construction companies if people exposed to asbestos contract mesothelioma or another asbestos-linked illness.  Although the bill’s sponsor says it is intended to jump start projects that have been on hold for years – such as in the town of Ambler where new construction has been halted since 2003 – others worry that it poses an unnecessary mesothelioma risk to the public.

“If you end up breathing in asbestos and getting asbestosis, you have no recourse,” Anchorage Democrat Les Gara told Alaska Public Radio. “A small protection would be for at least the public to come out and listen and speak out before a plan is adopted in their community.”

The concern is that tiny fibers of asbestos can become airborne when disturbed.  When these fibers are inhaled or ingested by workers, people living near a construction site, or even people driving though a cloud of road dust, the fibers can lodge in tissue, triggering mesothelioma many years later.  The greater the exposure to asbestos dust, the higher the lifetime risk of developing mesothelioma. Although most people exposed to asbestos never develop mesothelioma, the U.S. Environmental Protection Agency (EPA) has said there is no ‘safe’ level of exposure.

Alaska Governor Sean Parnell has signed the bill into law, but communities still have the opportunity to weigh the risks of diseases like mesothelioma against the cost of buying other materials since participation is voluntary. The new law considers any gravel that is made up of less than a quarter of a percent of asbestos to be safe.

The MESOMICS project is the most comprehensive dataset of mesothelioma genomics to date. The data in this resource can help researchers to design precision treatments for mesothelioma patients This project was created by an international collaboration between scientists from France, Chile, and the United States. Understanding Diagnosis Malignant pleural mesothelioma is a rare cancer caused by asbestos exposure. There are approximately 2,000 cases of mesothelioma diagnosed in the United States alone every year. Because it is so rare, the treatment options are very limited compared to other types of cancer. The limited treatment options combined with the cancer’s ability to spread without being noticed makes mesothelioma a deadly disease. Median overall survival for mesothelioma patients is a little over a … END_OF_DOCUMENT_TOKEN_TO_BE_REPLACED