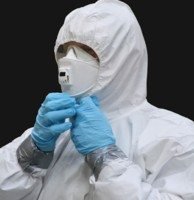 Workers who have been exposed to asbestos on the job are more likely to die from lung cancers,mesothelioma, and asbestosis, as well as from stomach cancer and stroke, according to one of the longest-running studies of British asbestos workers, published in Occupational and Environmental Medicine. On the positive side, more stringent asbestos regulations appear to be reducing the risk of asbestos-related diseases among younger workers.

Since the early part of the 20th century, asbestos-related diseases have been the leading cause of job-related deaths in Great Britain, and the number of deaths has been on the rise. Although Britain has enacted stricter laws governing the use of industrial asbestos, exposed workers will likely continue to develop deadly cancers in the years to come.

Since 1971, researchers in England have been studying British asbestos workers to determine what effects asbestos regulations have had on their health over the long-term. Unlike past occupational research, the current study looked at workers from across various asbestos industries, including asbestos manufacturing, insulation, and removal.

The study included nearly 100,000 asbestos workers (most of them male) who completed surveys and were followed up from 1971 to 2005. When the study began, most of the participants worked in the manufacturing industry. By 2005, the majority worked in asbestos removal.

“To our knowledge, there is no other occupational study of removal workers; since these comprise the large majority of workers in the modern asbestos industry in Great Britain, information on these workers is particularly valuable,” says lead study author Anne-Helen Harding, PhD, a researcher with the Health & Safety Laboratory in Derbyshire, England.

Asbestos workers overall faced a 41 percent higher risk of death from all causes than the general population, the study found. They were more likely to die from cancers of the lung, peritoneum (abdominal lining), pleura (lung lining), as well as from mesothelioma and asbestosis (lung scarring). Workers in insulation generally faced the highest risk, and asbestos removal workers the second-highest risk for lung cancer, pleural and peritoneal cancers, and mesothelioma.

That long latency period may be why study participants who started work earlier were more likely to die from cancer or lung disease. Workers who were first exposed to asbestos after 1959 faced a lower risk than those who started working earlier. This finding also suggests that more stringent laws, including a 1999 ban on the use of most new asbestos products in the UK, have had some benefit. The phasing out of asbestos-based products is likely to lead to a drop in the incidence of asbestos-related diseases, although these diseases will continue to be diagnosed as workers are exposed to the asbestos that remains in ships, buildings, and other industrial sites, according to Dr. Harding.

Even though occupational asbestos exposures are somewhat different in the United States (which has also enacted regulations on asbestos use), the results of this study are still relevant to workers in this country, Dr. Harding says. As asbestos workers continue to be diagnosed with lung cancers and mesothelioma, the risk of occupational asbestos exposure will remain an important issue on both sides of the pond.

The MESOMICS project is the most comprehensive dataset of mesothelioma genomics to date. The data in this resource can help researchers to design precision treatments for mesothelioma patients This project was created by an international collaboration between scientists from France, Chile, and the United States. Understanding Diagnosis Malignant pleural mesothelioma is a rare cancer caused by asbestos exposure. There are approximately 2,000 cases of mesothelioma diagnosed in the United States alone every year. Because it is so rare, the treatment options are very limited compared to other types of cancer. The limited treatment options combined with the cancer’s ability to spread without being noticed makes mesothelioma a deadly disease. Median overall survival for mesothelioma patients is a little over a … END_OF_DOCUMENT_TOKEN_TO_BE_REPLACED