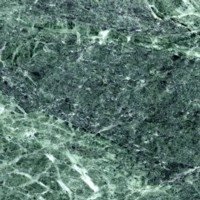 The first state to have a state rock is about to strip that rock of its title.

California legislators are considering a measure to take serpentine, a greenish-gray rock which is plentiful throughout the state, off the list of state symbols.  Serpentine was designated the ‘state rock’ in 1965, before it was known that fine shards of one of the elements in it, asbestos, can causemesothelioma.  When serpentine is broken up during construction or excavation, the asbestos dust released can be a public health hazard.

Asbestos was once prized for its resistance to heat and chemical degradation and was widely used in a variety of construction and shipbuilding applications.  But asbestos fibers are sharp and about 100 times narrower than a human hair.  It is now understood that, when they are inhaled, they can lodge in the mesothelial lining around the lungs, heart, or abdomen and trigger physiological changes that lead to a range of diseases, the most serious of which is malignant mesothelioma.

About 10,000 Americans die of asbestos-related diseases every year, 2000 to 3000 of them from mesothelioma.  Although it is rare, mesothelioma is a highly aggressive cancer.  California has one of the highest rates of mesothelioma deaths in the county. More than 750 Californians died of the disease between 1999 and 2001 alone, according to the National Center for Health Statistics.

A spokesman for the California Air Resources Board says serpentine is prevalent in the Sierra Nevada Foothills and the Pacific Coast Range, areas where new home construction and recreation is also on the rise.  There are roughly 50,000 abandoned open pit mines, left over from the state’s first gold rush, in the Sierra Nevada area.

The bill to declassify serpentine as the state’s official rock, Senate Bill 624 (SB624) was introduced by Los Angeles Democratic Senator Gloria Romero, who maintains that its current designation is an affront to the state’s many victims of asbestos diseases such as mesothelioma.  The California Assembly Natural Resources Committee has approved the legislation, as has the state senate.  The bill now goes to the General Assembly for consideration.