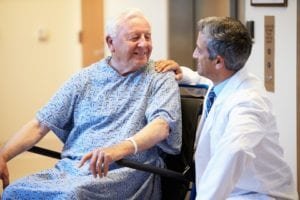 A combination of the immunotherapy drugs galinpepimut-S and Opdivo may give mesothelioma patients a few extra months, according to newly-released data.

Although the early data is based on just four mesothelioma cases, it appears to be promising. All of the study subjects had either relapsed after chemotherapy or failed to respond at all.

Immunotherapy with Galinpepimut-S and Opdivo

Galinpepimut-S works by activating the immune system to help fight cancer. Specifically, this drug targets WT-1 or the Wilms Tumor protein found on the surface of mesothelioma cells.

According to a Phase 2 study of 40 malignant pleural mesothelioma patients, those on galinpepimut-S lived for a median of more than 2 years. Those in the control group had a median survival of just 16.6 months.

WT-1 is the target of galinpepimut-S and Opdivo (nivolumab) targets PD-1. Like WT-1, PD-1 is also a protein that helps mesothelioma cells hide from the immune system. Together, these two immunotherapy drugs stimulate an even more powerful immune response than either one alone.

The new study focused on four men with pleural mesothelioma. The men had an average age of 67. All had standard chemotherapy with Alimta and all got worse in spite of it. Two patients had stage II mesothelioma and the other two had stage IV.

The men received galinpepimut-S and Opdivo together for at least a month. The median overall survival was 35.4 weeks. The median progression-free survival period was 7 weeks.

“Patients treated with GPS plus nivolumab combination therapy appear to be surviving significantly longer than expected,” SELLAS CEO Angelos Stergiou, MD, said in a statement. Dr. Stergiou says the data suggest patients could get “meaningful clinical benefit” from the treatment.

“Studying additional patients along with longer follow-up of existing patients will hopefully provide further clarity on these data, which we expect to review over the next six months as the study progresses,” says Dr. Stergiou.

The incidence of mesothelioma is slowly declining in the US but rising in poorer countries where asbestos use is common. About 2,500 Americans receive a mesothelioma diagnosis every year. Chemotherapy with Alimta is the primary treatment. There is no standard second-line treatment.

The MESOMICS project is the most comprehensive dataset of mesothelioma genomics to date. The data in this resource can help researchers to design precision treatments for mesothelioma patients This project was created by an international collaboration between scientists from France, Chile, and the United States. Understanding Diagnosis Malignant pleural mesothelioma is a rare cancer caused by asbestos exposure. There are approximately 2,000 cases of mesothelioma diagnosed in the United States alone every year. Because it is so rare, the treatment options are very limited compared to other types of cancer. The limited treatment options combined with the cancer’s ability to spread without being noticed makes mesothelioma a deadly disease. Median overall survival for mesothelioma patients is a little over a … END_OF_DOCUMENT_TOKEN_TO_BE_REPLACED