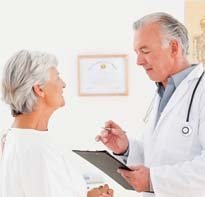 A potential new mesothelioma drug may have moved a step closer to gaining mainstream acceptance for use in sick patients. Doctors studying the drug say they have found a way to make cells more susceptible to its damaging effects.

Now, doctors at cancer research centers in the US, the UK, and Switzerland say they may have found a way to make Apitolisib more effective against mesothelioma cells by disrupting a physiological process known as autophagy. The job of autophagy is to maintain normal cell functioning by regulating the degradation and reuse of destroyed cell organelles as new cells form.

Using 3D models of mesothelioma tumors grown from the tumor cells of 21 mesothelioma patients, the researchers determined that certain tumors were more susceptible to Apitolisib than others. When they examined these mesothelioma tumors more closely, they found that sensitivity to Apitolisib correlated with autophagy. When they interfered with autophagy by manipulating the RNA of these cells, they became even more susceptible to the damaging effects of the drug.

“For the first time, we show a role for autophagy in the response to chemotherapy of 3D models of mesothelioma,” declares study author Dario Barbone of San Francisco General Hospital. Barbone and his colleagues propose that ATG13, an indicator of autophagy, be used as a potential biomarker to indicate the likelihood of a patient’s mesothelioma responding to Apitolisib.

Mesothelioma cells that were not at all susceptible to Apitolisib in the first place were unaffected by blockage of autophagy. The new report has just been published in the online medical journal PLoS One.