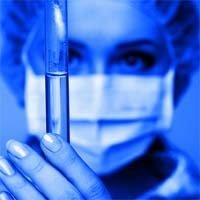 There is some exciting news for patients fighting malignant mesothelioma this week.

The first drug making news this week is YS110, a monoclonal antibody that targets a protein called CD26.

CD26 is believed to play a role in mesothelioma tumor growth and invasion and in the process of cell death known as apoptosis. It is overexpressed in 85 percent of malignant mesothelioma cases.

When cancer researchers at Keio University in Tokyo exposed two different kinds of mesothelioma cells to YS110 in the lab, it slowed down the proliferation of one type by 20 percent in just 2 days.

The drug also appeared to act on a variety of signaling molecules in the mesothelioma cells, disrupting their normal cell cycle and causing them to enter their death phase sooner.

The news was even better when the drug was administered along with the chemotherapy drug pemetrexed (Alimta). Together, pemetrexed and YS110 significantly inhibited tumor growth and reduced the level of a cell proliferation marker called the MIB-1 index.

In a separate announcement, the makers of a small molecule inhibitor called tazemetostat say the FDA has accepted their Investigational New Drug (IND) application, paving the way for a phase 2 trial in mesothelioma patients.

“Emerging preclinical findings from published reports suggest that mesothelioma, and particularly mesothelioma characterized with BAP1 loss of function, may be sensitive to EZH2 inhibition,” the company said in a press release.

As many as 6 out of 10 mesothelioma patients have a loss of function of the BAP1 tumor suppressor gene.

Tazemetostat is currently being studied as a treatment for non-Hodgkin lymphoma. The company plans to launch a Phase 2 trial to test it as a new mesothelioma treatment later this year.

Surviving Mesothelioma will continue to follow the drug’s progress and report on new developments.

Researchers in Iran tested the safety of a new version of the drug pemetrexed in patients with non-small cell lung cancer and malignant pleural mesothelioma. This drug is used to treat these patients when they are not able to get surgery for their cancer. The researchers were able to determine that pemetrexed is safe in patients with non-squamous non-small cell lung cancer. Treatment Choices Malignant pleural mesothelioma is a lung-related cancer like non-small cell lung cancer. It is caused by exposure to asbestos. Treatment for mesothelioma usually involves chemotherapy, radiation therapy, and surgery. Patients may receive more than one type of treatment. This is called multimodal therapy. Pemetrexed is a chemotherapy drug that interrupts the cell replication process that helps … END_OF_DOCUMENT_TOKEN_TO_BE_REPLACED