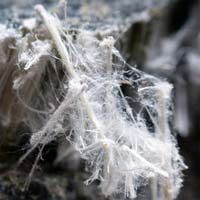 A German occupational medicine specialist says the rules regarding eligibility for mesothelioma compensation – many of which are based on “unsound science” – are too strict and leave too many mesothelioma patients out.

According to Xaver Bauer, MD, of the Institute of Occupational Medicine at Charite University Hospital in Berlin, a case in point is the “unscientific requirement” for a set number of asbestos fibers to be found in the lung tissue of mesothelioma patients to prove that asbestos caused their disease.

“Although the validity of such evidence has been discredited by independent scientists, it is still used as evidence by an influential US pathology department,” writes Bauer in the German medical journal Pneumologie.

Heat and corrosion-resistant asbestos was once widely used as an insulator and in hundreds of construction and even household products. Exposure to asbestos is now  the number one cause of mesothelioma worldwide and accounts for an estimated eight to fifteen percent of lung cancer cases.

Many mesothelioma victims were exposed to the deadly toxin by negligent companies which failed to provide them with the necessary training or protective gear to shield them from asbestos. But seeking mesothelioma compensation from these companies is often not as straightforward as it should be, especially if important data is not considered.

Another misleading scientific argument that can impact compensation and even delay diagnosis is the idea that some kinds of asbestos are “safer” than others.

Especially in newly-industrialized countries such as South Africa, Brazil, and the Philippines, there is an idea circulating that chrysotile or “white” asbestos – the most commonly-used type of asbestos in the world – is less likely to cause mesothelioma.

As a result, Bauer points out that asbestos use is rising in some of these countries, along with the incidence of mesothelioma. According to Bauer, such economically-driven misinformation campaigns “discount the ensuing damage to health and the impact of the diseases they create on public health systems.”

All types of asbestos have been linked to mesothelioma, a rare but treatment-resistant cancer that continues to impact tens of thousands of people around the world every year, including approximately 2,500 in the US.

Although the US has yet to ban asbestos, the Environmental Protection Agency (EPA) and the National Occupational Safety and Health Administration (NIOSH) acknowledge that no level of asbestos exposure is “safe” and have instituted strict rules for its use, handling and disposal to minimize the risk for mesothelioma.

Bauer, X, “Asbestos: Socio-legal and Scientific Controversies and Unsound Science in the Context of the Worldwide Asbestos Tragedy – Lessons to be Learned”, April 28, 2016, Pneumologie, Epub ahead of print,

A Canadian study found that tracking trends in mesothelioma at the local level can help officials predict future mesothelioma cases. Most mesothelioma tracking efforts focus on the national scale and monitor cases across a country or region. This study, published in Cancer Causes and Control, looked at mesothelioma cases based on industrial sources of asbestos in Ontario and British Columbia. Growing Number of Cases Asbestos is a toxic material that is used in many commercial and industrial products. It’s durability and heat resistance made it very popular in products like construction materials, textiles, and vehicles. Mesothelioma is a deadly cancer caused by exposure to asbestos. It was first identified as a cancer-causing material in 1977 by the International Agency for … END_OF_DOCUMENT_TOKEN_TO_BE_REPLACED