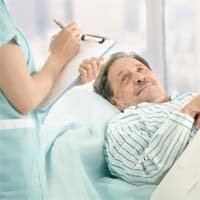 Patients suffering from malignant pleural mesothelioma, a virulent asbestos-linked cancer, now have another drug option to choose from. Amatuximab, an investigational cancer drug made by Morphotek, has been granted orphan drug status by the FDA.

The Orphan Drug Act allows the FDA to designate a drug as an orphan drug if it is used to treat fewer than 200,000 people in the U.S. Any illness that affects fewer than 200,000 people is considered a rare disease. Mesothelioma is one of the rarest of rare diseases, claiming the lives of about 2,500 Americans annually. Without the Orphan Drug Act, there is less incentive for a company like Morphotek to even work to develop drugs for a disease like mesothelioma.

Mesothelioma is a treatment challenge in part because it can take as long as 40 years to develop and has few symptoms at first.  As a result, many patients do not learn that they have mesothelioma until it is in its later stages, when any treatment is likely to be less effective. Orphan drugs are especially critical for mesothelioma because there are so few viable treatment options. Even with chemotherapy, surgery and/or radiotherapy, the prognosis for most patients is still poor. Studies on gene therapy and immunotherapy (like Amatuximab) suggest these approaches may hold more promise for mesothelioma than conventional treatments.

Amatuximab is an investigational chimeric IgG1 antibody that targets the glycoprotein mesothelin, which is overexpressed in several different kinds of cancer, including pleural mesothelioma. Mesothelin is believed to be related to cell adhesion which allows a tumor to take hold in a particular spot and to ‘seed’ new tumors in other parts of the body. In a press release announcing Amatuximab’s new orphan drug status, Morphotek noted, “Researchers at the National cancer Institute (NCI) and Johns Hopkins University have independently validated mesothelin as a potential target of immune-based therapies.”

According to the National Cancer Institute, Amatuximab has the ability to bind to the mesothelin on the surface of cancer cells and trigger an immune response against the mesothelin-expressing tumor cells. Orphan drug status will make it possible for Morphotek to make Amatuximab available to mesothelioma patients sooner.

The MESOMICS project is the most comprehensive dataset of mesothelioma genomics to date. The data in this resource can help researchers to design precision treatments for mesothelioma patients This project was created by an international collaboration between scientists from France, Chile, and the United States. Understanding Diagnosis Malignant pleural mesothelioma is a rare cancer caused by asbestos exposure. There are approximately 2,000 cases of mesothelioma diagnosed in the United States alone every year. Because it is so rare, the treatment options are very limited compared to other types of cancer. The limited treatment options combined with the cancer’s ability to spread without being noticed makes mesothelioma a deadly disease. Median overall survival for mesothelioma patients is a little over a … END_OF_DOCUMENT_TOKEN_TO_BE_REPLACED