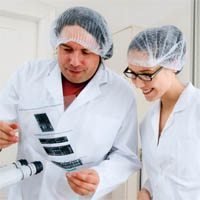 New mesothelioma research from Harvard University suggests that if one type of immunotherapy is effective against mesothelioma, three types might be even more effective.

Immunotherapy involves manipulating the immune system to fight disease. Some types of cancer, including mesothelioma, take hold in the body in part by ‘shutting down’ the natural immunotoxins, or cell killers, that would normally attack them. Now, scientists are working with a number of molecules designed to jump start the immune system and help it recognize, target, and even ‘remember’ invading mesothelioma cancer cells.

With this ‘triple treatment’, the team reports, not only did the tumors clear up long term, but the cancer-killing immune cells appeared to retain a memory of the mesothelioma tumor cells that would prepare them to ward off future invasion.

“It was found that treatments targeting a single negative regulator molecule mechanism were not as effective against tumors as targeting multiple mechanisms simultaneously,” writes lead investigator Dr. Haydn Kissick in a summary of the findings for Immunology and Cell Biology. The report goes on to suggest that clinical application of immunotherapies against mesothelioma “may be improved by simultaneously targeting multiple mechanisms of immune suppression”.

Mesothelioma, a cancer linked to asbestos exposure, is highly resistant to conventional treatments. Immunotherapy is being studied both as a stand-alone treatment and as an adjunct treatment along with other types of therapies. Another recent study of the regulatory T-cells, for example, suggests that their manipulation may be a way to improve the effectiveness of chemotherapy for mesothelioma.

The MESOMICS project is the most comprehensive dataset of mesothelioma genomics to date. The data in this resource can help researchers to design precision treatments for mesothelioma patients This project was created by an international collaboration between scientists from France, Chile, and the United States. Understanding Diagnosis Malignant pleural mesothelioma is a rare cancer caused by asbestos exposure. There are approximately 2,000 cases of mesothelioma diagnosed in the United States alone every year. Because it is so rare, the treatment options are very limited compared to other types of cancer. The limited treatment options combined with the cancer’s ability to spread without being noticed makes mesothelioma a deadly disease. Median overall survival for mesothelioma patients is a little over a … END_OF_DOCUMENT_TOKEN_TO_BE_REPLACED