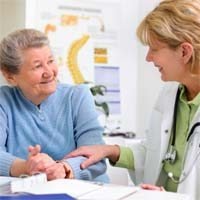 Recent research suggests that how people with lung cancers like pleural mesothelioma are treated by their oncology nurses can have a direct bearing on their treatment outcomes.

The news is based on a groundbreaking study conducted at two Chinese universities and published in Psychology Research and Behavior Management.

The study focused on 365 lung cancer patients who were cared for by 30 different nurses at a Beijing hospital between October 2016 and May 2017.

This “cellular immunity” was measured when the lung cancer patients were admitted for treatment and again when they were discharged.

Their nurses, meanwhile, were scored on their level of empathy using the Chinese version of a measurement tool called the Jefferson Scale of Empathy. They were then divided into high, moderate, and low empathy groups based on their JSE scores.

When they were admitted to the hospital, the lung cancer patients all showed a similar level of “cellular immunity”. But things began to change after they had been in the hospital for a while.

Even after controlling for variables like patient demographics, their level of disease, and their lifestyle, the empathy of the lung cancer nurses was found to “significantly contribute” to patients’ levels of cancer-fighting cells.

Unlike other types of cancers that affect the lungs, pleural mesothelioma tumors do not arise in the lung tissue but on the mesothelial membrane (pleura) that surrounds the lungs.

As mesothelioma tumors grow, the pleura becomes less pliable and mesothelioma patients develop many of the same symptoms that lung cancer patients face, including chest pain and tightness, coughing, and shortness of breath.

The new findings on empathy may have important implications for nurses who care for patients with malignant mesothelioma, lung cancer, and other cancers. The researchers conclude,

“The effect of oncology nurses’ empathy on cellular immunity was confirmed in lung cancer patients, suggesting empathy education, such as narrative medicine education, should be strengthened to improve patient outcome.”

Certain types of biomarkers can help doctors predict the best chemotherapy treatment for patients with malignant pleural mesothelioma. Researchers from Cairo University in Egypt looked at 91 mesothelioma patients. They tested two different chemotherapy drug combinations: pemetrexed plus cisplatin and gemcitabine plus cisplatin. FDA Approved Treatment Options Mesothelioma is a rare cancer caused by asbestos and standard therapies are limited. Most mesothelioma patients have chemotherapy as their first-line treatment. If they are healthy enough, they may also have surgery or radiation therapy. Chemotherapy is a group of toxic drugs that kill cells by damaging their DNA. As of this writing, the only FDA approved chemotherapy for malignant pleural mesothelioma is a combination of pemetrexed and cisplatin. Gemcitabine is not an … END_OF_DOCUMENT_TOKEN_TO_BE_REPLACED