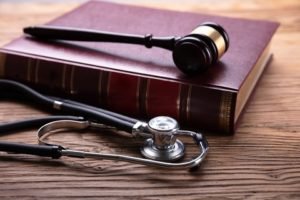 After almost 30 years, one key to preventing malignant mesothelioma is found.

A national ban on asbestos in the Netherlands has shown positive effects. Results from a new study show the ban cut malignant mesothelioma incidence.

Malignant mesothelioma incidence has peaked about 10 years earlier than predicted. This is after the Dutch national ban on asbestos.

Mesothelioma treatment advances have led to somewhat better survival in the Netherlands. But the prognosis is still dismal.

In 1993, a national ban on asbestos went into effect in the Netherlands. This ban was preventing malignant mesothelioma in future generations.

Malignant mesothelioma is an aggressive cancer. It arises from the pleura or peritoneum due to asbestos exposure. A new study reviewed the Dutch population-based incidence, treatment and survival since the national ban on asbestos in 1993.

The review included patients with malignant mesothelioma diagnosed from 1993 to 2018. Surgeons used a Dutch cancer registry to collect the data.

Their findings show that national asbestos laws can lead to a decreased mesothelioma incidence sooner than predicted. This supports the notion that preventing malignant mesothelioma may lie in national regulation.

Yet, treatment patterns and survival outcomes in over 12,000 patients show a need for better mesothelioma therapeutics.

Breaking Down the Results Further

In total, this study reviewed 12,168 patients. The number of malignant mesothelioma cases decreased in the last decade for younger male patients. But the total number of cases among both male and female patients aged over 80 years increased.

Starting in 2003, more patients used systemic chemotherapy. But, over 62% of mesothelioma patients received no antitumor treatment.

The Other Side of the Peak

Experts also agree that “the incidence is declining in most age groups.” Improved patient survival is likely tied to the common use of systemic chemotherapy from 2003.

A Canadian study found that tracking trends in mesothelioma at the local level can help officials predict future mesothelioma cases. Most mesothelioma tracking efforts focus on the national scale and monitor cases across a country or region. This study, published in Cancer Causes and Control, looked at mesothelioma cases based on industrial sources of asbestos in Ontario and British Columbia. Growing Number of Cases Asbestos is a toxic material that is used in many commercial and industrial products. It’s durability and heat resistance made it very popular in products like construction materials, textiles, and vehicles. Mesothelioma is a deadly cancer caused by exposure to asbestos. It was first identified as a cancer-causing material in 1977 by the International Agency for … END_OF_DOCUMENT_TOKEN_TO_BE_REPLACED