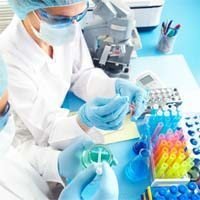 There has been another win for one of the most promising new drugs for mesothelioma, the immunotherapy drug Keytruda (pembrolizumab).

The makers of Keytruda today announced  that, when combined with the mesothelioma drug Alimta (pemetrexed) and the platinum-based drug cisplatin, it significantly extended the survival of lung cancer patients.

According to Bloomberg, the news will likely make Keytruda an even more popular choice among immunotherapy drugs, which are believed to offer the greatest chance for curing cancers such as lung cancer and malignant pleural mesothelioma.

Keytruda inhibits a protein called PD-1, which is produced by lung cancer and mesothelioma tumors as a way to evade detection by the immune system.

In the latest trial, Keytruda was tested as a first-line treatment in 614 patients with non-squamous, non-small cell lung cancer.

Jim McHutchison is one such Keytruda success story. The Maine man was diagnosed with pleural mesothelioma more than four years ago, after having been told he had just months to live.

In a 2016 interview, three years after his diagnosis, McHutchison told Surviving Mesothelioma, “The news just keeps getting better and better with each CT. Everything has diminished on Keytruda.”

Like other mesothelioma survivors, McHutchison recommends that mesothelioma patients fight their disease as individuals, rather than looking for a one-size-fits-all approach.

To find out how the world’s longest-living mesothelioma survivor, Paul Kraus, has done it, Click Here to claim a free copy of his best-selling survival story.

Researchers in Iran tested the safety of a new version of the drug pemetrexed in patients with non-small cell lung cancer and malignant pleural mesothelioma. This drug is used to treat these patients when they are not able to get surgery for their cancer. The researchers were able to determine that pemetrexed is safe in patients with non-squamous non-small cell lung cancer. Treatment Choices Malignant pleural mesothelioma is a lung-related cancer like non-small cell lung cancer. It is caused by exposure to asbestos. Treatment for mesothelioma usually involves chemotherapy, radiation therapy, and surgery. Patients may receive more than one type of treatment. This is called multimodal therapy. Pemetrexed is a chemotherapy drug that interrupts the cell replication process that helps … END_OF_DOCUMENT_TOKEN_TO_BE_REPLACED