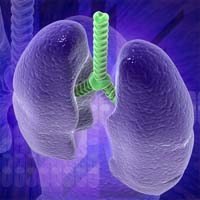 A group of researchers in the Oxford University Centre for Respiratory Medicine have evidence that, in certain cases,deliberately collapsing a lung could improve treatment for people with malignant pleural mesothelioma.

In a recently published study in the journal Thorax, the group reported data that deliberately deflating a lung, called pneumothorax induction, can sometimes make it easier and safer to perform a surgical procedure called thoracoscopy.

Local anesthetic thoracoscopy (LAT) is a minimally invasive method for examining or performing biopsies or surgeries in the pleural cavity around the lungs where mesothelioma starts. It utilizes an instrument called a thorascope with a light source and a lens. Using a thorascope, surgeons can perform procedures on mesothelioma patients without having to use general anesthetic and make a large incision.

For mesothelioma patients with significant fluid buildup (pleural effusions) in the pleural space, there can be plenty of room for surgeons to work during a thoracoscopic procedure. But, as the Oxford team observes, patients with little or no fluid are more likely to need a more invasive and risky open procedure and general anesthesia.

But there is an alternative for these patients. At the Oxford Centre for Respiratory Medicine, mesothelioma patients with very little pleural fluid have undergone successful thoracoscopy under local anesthetic by first having pneumothorax induction. The report presents data from 77 consecutive patients with mesothelioma or another pleural disease in whom ultrasound-guided pneumothorax induction and LAT was attempted.

According to the data, 87 percent of those procedures were successful; by inducing a pneumothorax, the thoracoscopy could be completed using only a local anesthetic. None of the mesothelioma patients had any serious complications because of the procedure and the team concludes that the findings “demonstrate the utility of this approach and should inform future practice and guidelines.”

Although it sounds dramatic, a small uncomplicated pneumothorax usually heals quickly on its own after the excess air around the lung, which puts pressure on it, is removed.

An international group of researchers have provided recommendations for countries to create a mesothelioma registry. Mesothelioma registries are great tools to monitor the negative effects of asbestos. It can help to identify clusters of asbestos exposure. Registries can also track the impact of asbestos reduction programs. Asbestos Health Risks Asbestos is a naturally occurring mineral that has been found throughout the world. Even though it is toxic, it is used in manufacturing and construction in many countries around the world. Mesothelioma is a cancer that is caused by exposure to asbestos. It grows in the lining of organs like the lungs. Generally, those who develop mesothelioma show no signs of illness for a long time after their first exposure. It … END_OF_DOCUMENT_TOKEN_TO_BE_REPLACED