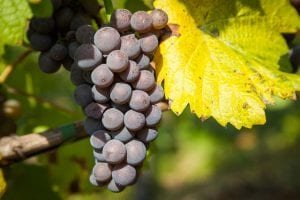 There is more evidence that a compound derived from the resveratrol in red wine could have a role to play in the prevention and treatment of malignant pleural mesothelioma.

The chemical, called pterostilbene, is a natural analog of resveratrol, a powerful polyphenol found in red wine and the skin of red grapes. Resveratrol has been studied extensively for its potential to combat treatment-resistant cancers such as pleural mesothelioma.

Pterostilbene is a natural analog of resveratrol, meaning that it is chemically similar. Although there is much less research behind pterostilbene, according to the supplement site Examine.com, for some applications it may be even more potent than resveratrol and better absorbed.

In a new study of the anti-cancer properties of pterostilbene, researchers at the Fourth Military Medical University in China found that the compound induced apoptosis (natural cell death) in two different lines of non-small cell lung cancer.

They theorized that the reason was enhanced stress on the endoplasmic reticulum, which is involved in the synthesis of key cellular proteins. The researchers call it “a novel therapeutic intervention for lung cancer,” an aggressive cancer known to share a number of characteristics with malignant pleural mesothelioma.

A similar recent Japanese study of pterostilbene in breast cancer found that, the greater the dose, the slower the cancer cells grew.

The effect was especially apparent in the most aggressive kind of breast cancer cells. When the researchers gave oral doses of pterostilbene to mice that had been transplanted with these aggressive cancer cells, the compound “significantly suppressed tumor growth.”

“These data suggest a potential role of pterostilbene for prevention and treatment of human breast cancer,” writes author Rei Wakimoto in the journal Anticancer Research.

Although pterostilbene has not been tested specifically on mesothelioma cells, there is reason to believe it could have a similar impact.

In a new paper published in Biomedicine and Pharmacotherapy, a group of Italian researchers suggested that pterostilbene may be among the phytochemicals with the potential to “inhibit cancer by regulating the expression of various genes which are also known to be aberrant in malignant mesothelioma.”

Mesothelioma has already been shown to be responsive to resveratrol. An experimental treatment conducted by researchers in Korea last year found that combining resveratrol with the platinum-based chemotherapy drug cisplatin successfully destroyed pleural mesothelioma cells in the lab.

The same group published a research study in 2012 that found that lab mice given 20 mg/kg of resveratrol daily for 4 weeks experienced suppressed tumor growth and longer mesothelioma survival.

Although the news about resveratrol and pterostilbene looks promising, combating malignant mesothelioma is not as simple as increasing consumption of red wine or supplements, in part because these compounds may work differently when they enter the body via the digestive system.

Before consuming these compounds to help manage mesothelioma or any other disease, patients should speak with a licensed healthcare provider.

Malignant pleural mesothelioma is a rare type of cancer. A growing number of mesotheliomas are being treated with novel immunotherapies. But clinicians still lack a meaningful way to measure mesothelioma treatment response. An article in Seminars in Nuclear Medicine lists five ways clinicians can measure how well a treatment plan is working. And a new artificial intelligence tool can measure mesothelioma tumors without any human input. Artificial intelligence may provide the key to treatment response in the future. Measuring Mesothelioma Treatment Response In malignant pleural mesothelioma, complex tumors result in inconsistent clinical assessment. There are five common ways to measure if a treatment plan is working. Generally, a clinician will look to see if the size or weight of a tumor has … END_OF_DOCUMENT_TOKEN_TO_BE_REPLACED