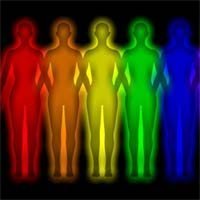 Mesothelioma and lung cancer are not the only risks associated with exposure to toxic minerals like asbestos. A study out of Idaho State University finds that asbestos also has a negative effect on the immune system.

Once heavily used in construction and manufacturing, asbestos has been known for decades as the cause of mesothelioma, a rare but serious cancer. In recent years, another mineral called erionite has been suspected of causing mesothelioma. In the US, erionite has been found in gravel mined and used on roads, particularly in the state of North Dakota.

Although the risks of mesothelioma from erionite and asbestos are understood, less is known about the immune system’s response to these minerals. In a report in Toxicology and Applied Pharmacology, researchers used immune system cells called macrophages derived from bone marrow to measure the toxic effects of erionite and amphibole asbestos. They found that both compounds increased the production of cytokines, a measure of immune system activation.

In addition, the research team exposed mice to equal amounts of either erionite or asbestos in their tracheas. When their blood serum was examined seven months later, both categories of mice were found to have more frequent anti-nuclear antibodies and elevated levels of several key immune system proteins. An examination of their kidneys found that immune system waste products were increased from 33% in mice treated only with saline to 90% among the erionite-exposed mice.

As a result of improved public education, many people are now aware of the connection between asbestos and mesothelioma, but even those who have been exposed may be unaware of the threat to their immune systems. In a summary of their findings, the Utah research teams conclude, “These data demonstrate that both erionite and amphibole asbestos induce autoimmune responses in mice, suggesting a potential for adverse effects in exposed communities.”