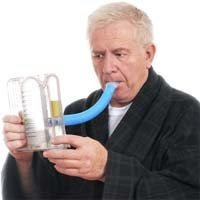 Mesothelioma patients who undergo pleurectomy/decortication (P/D) may enjoy a better quality of life afterward than those who have extrapleural pneumonectomy (EPP). That is the message of a new study published in the Asian Cardiovascular and Thoracic Annals.

Pleural mesothelioma arises most often in the thin lining that surrounds the lungs. Because of its close proximity to the lungs, it is not uncommon for pleural mesothelioma to eventually spread to the lung itself, reducing its function. Eventually, the diseased mesothelium also thickens and stiffens, preventing the lungs from expanding adequately with each breath.

Pleurectomy/decortication and extrapleural pneumonectomy are the two major types of surgical treatments for mesothelioma. There is great disagreement within the medical community as to which one is better for patients in the long run. While both are invasive procedures aimed at removing diseased pleural tissue, only extrapleural pneumonectomy removes the diseased lung, the lymph nodes, portions of the covering of the heart (pericardium) and all or part of the diaphragm, too. It carries a higher risk of complications, but some studies have shown EPP to improve survival.

For this new study, researchers at the University Medical Center in Freiburg, Germany reviewed the cases of 48 patients with mesothelioma on one side of their chest. Twenty-five of the patients  had undergone EPP while 23 had lung-sparing P/D. Researchers evaluated each patient’s medical history, as well as the type of mesothelioma they had, how long they survived, and measures of their lung function both before and after surgery.

The findings support the proposition, borne out in previous studies,  that the possibility of a positive outcome with EPP may not be worth the pain, risk and potentially life-altering side effects for mesothelioma patients. When the Freiburg research team evaluated lung function after surgery, they found that those who had undergone EPP had a much harder time breathing afterward than those who had pleurectomy/decortication. According to the report, total lung capacity in the EPP group “differed significantly” after surgery, dropping from 77.7% prior to surgery to 55.3% afterward. The median vital capacity (the amount of air a person can expel after a breath), which is 3 to 5 liters in a healthy person, was reduced from 2.8 L preoperatively to 1.8 L after EPP.

Their results prompted the study’s authors to conclude that, because EPP “significantly reduced pulmonary function”, mesothelioma patients who had it were more likely to experience shortness of breath afterward which could have a negative impact on their overall quality of life.

The MESOMICS project is the most comprehensive dataset of mesothelioma genomics to date. The data in this resource can help researchers to design precision treatments for mesothelioma patients This project was created by an international collaboration between scientists from France, Chile, and the United States. Understanding Diagnosis Malignant pleural mesothelioma is a rare cancer caused by asbestos exposure. There are approximately 2,000 cases of mesothelioma diagnosed in the United States alone every year. Because it is so rare, the treatment options are very limited compared to other types of cancer. The limited treatment options combined with the cancer’s ability to spread without being noticed makes mesothelioma a deadly disease. Median overall survival for mesothelioma patients is a little over a … END_OF_DOCUMENT_TOKEN_TO_BE_REPLACED