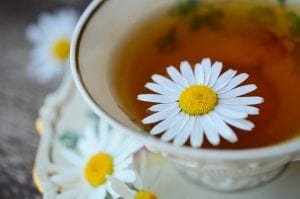 A new study suggests that a flavonoid found in parsley, celery, and chamomile tea may help improve the odds of surviving malignant mesothelioma.

Scientists in Italy have just released some promising findings from tests of the compound apigenin on mesothelioma cells in the lab and in live mice.

Apigenin is a plant pigment that is part of a larger group of chemicals called polyphenols found in fruits and vegetables. Flavonoids are one of the largest nutrient families with over 6,000 having been identified.

Apigenin has been the focus of a number of laboratory experiments and animal studies, although its effects on human health are still relatively unknown. The new Italian study is the first to examine apigenin’s impact on malignant mesothelioma.

Researchers with the University of Rome first applied apigenin to both human and mouse mesothelioma cells in the lab to measure their impact on various cellular functions.

Apigenin also appeared to accelerate apoptosis, the process of natural cell death, and induced a range of chemical reactions among the treated mesothelioma cells.

Mice with Mesothelioma Respond to Treatment

The second phase of the University of Rome study was to measure apigenin’s impact on mesothelioma tumors in live mice.

The mice in the experiment had been implanted with human mesothelioma cells and had begun to accumulate an abnormal amount of fluid in their abdomens as a result. But when the researchers gave them abdominal injections of apigenin, their situations began to improved.

“Intraperitoneal administration of API increased the median survival of C57BL/6 mice intraperitoneally transplanted with #40a cells and reduced the risk of tumor growth,” reports Dr. Masuelli. “Our findings may have important implications for the design of malignant mesothelioma treatment using API.”

At present, there is no cure for malignant mesothelioma and few viable treatment options. Even the gold standard treatments including chemotherapy and surgery usually only extend survival by a few months.

Apigenin is one of several plant compounds that have been studied for their potential in new mesothelioma treatments. Some others include the polyphenol resveratrol in red wine, curcumin found in the spice turmeric, and sulforaphane in cruciferous vegetables.

Masuelli, L, et al, “In Vitro and In Vivo Anti-tumoral Effects of the Flavonoid Apigenin in Malignant Mesothelioma”, June 2017 Frontiers in Pharmacology, ePub

A new study shows that a multifaceted approach to quitting smoking can help patients diagnosed with cancer. One rare type of cancer is mesothelioma. This cancer is caused by exposure to asbestos. It occurs in the lining of different parts of your body, usually in the abdomen or the lungs. Mesothelioma often takes decades to develop after being exposed to asbestos. The symptoms can be hard to diagnose because they look like other, more common diseases. This makes treating mesothelioma more difficult, too. The cancer has more time to spread while doctors are struggling to make a diagnosis. There are other factors that make cancers like mesothelioma difficult to treat. Smoking after a cancer diagnosis can lead to worse survival … END_OF_DOCUMENT_TOKEN_TO_BE_REPLACED