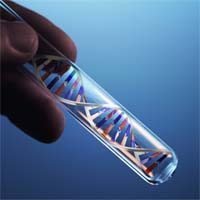 New research suggests that testing for evidence of DNA damage may make it possible for doctors to treat malignant pleural mesothelioma more effectively.

Right now, there are few effective treatments for mesothelioma. Even the gold standard first-line treatment – pemetrexed-based chemotherapy – is only marginally helpful. For most patients who receive mesothelioma chemotherapy, their disease recurs within a few months.

But a newly-released study conducted by scientists in Germany and Greece suggests that DNA damage response “plays a crucial role” in how mesothelioma cells respond to chemotherapy and may help explain why it is less effective in some patients than in others.

The teams used data from 24 mesothelioma tumor specimens to run statistical analyses of 366 micro-RNAs (miRNAs), cellular RNA fragments influential in the production of a wide range of proteins.

Cellular expression of miRNAs is part of the body’s response to DNA damage, such as that triggered by asbestos exposure.

The teams also discovered that CHECK1 and XRCC2 expression could be linked to mesothelioma tumor progression.

Among patients who received mesothelioma chemotherapy, CDKN2A, CHEK1 and ERCC1 were “significantly associated” with overall mesothelioma survival. Also in this chemotherapy-treated group, TP73 was associated with tumor progression.

The researchers concluded that several of the miRNAs tested are prognostic markers for overall mesothelioma survival and others could be used to better predict chemotherapy response.

The report ends with the hopeful statement, “After a prospective validation, these markers may improve clinical and pathological practice, finally leading to a patient’s benefit by an enhanced clinical management.”

Although the incidence of pleural mesothelioma appears to be slowly declining in countries that have restricted or banned the use of asbestos, it continues to rise in other parts of the world, particularly in third-world countries with lax asbestos regulations.

But even countries that regulate asbestos use, such as the US, are not immune from new mesothelioma cases. Because it can take decades after asbestos exposure for mesothelioma to develop, many of today’s newly diagnosed mesothelioma patients are those who were exposed before modern asbestos laws were put in place.

The MESOMICS project is the most comprehensive dataset of mesothelioma genomics to date. The data in this resource can help researchers to design precision treatments for mesothelioma patients This project was created by an international collaboration between scientists from France, Chile, and the United States. Understanding Diagnosis Malignant pleural mesothelioma is a rare cancer caused by asbestos exposure. There are approximately 2,000 cases of mesothelioma diagnosed in the United States alone every year. Because it is so rare, the treatment options are very limited compared to other types of cancer. The limited treatment options combined with the cancer’s ability to spread without being noticed makes mesothelioma a deadly disease. Median overall survival for mesothelioma patients is a little over a … END_OF_DOCUMENT_TOKEN_TO_BE_REPLACED