Home / News / Effectiveness of Mesothelioma Drug Improved by Other Compounds 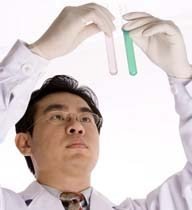 Pemetrexed (Alimta) is considered a gold standard chemotherapy treatment for mesothelioma, a cancer of the membrane that surrounds the lungs and other internal organs. For mesothelioma, pemetrexed is frequently combined with the platinum-based agent, cisplatin. Although many drugs interact with each other or trigger drug resistance, there has been little study of the interaction between these two key mesothelioma drugs.

To better understand the relationship between pemetrexed and cisplatin, a team of Japanese researchers used the combination to treat mesothelioma cells in the lab. Although the team did find resistance to either pemetrexed or cisplatin in the mesothelioma cell lines they tested, they confirmed that the combination of the two drugs is still viable in most cases. “Cisplatin and pemetrexed showed synergistic activity and no cross-resistance in 3 of the 4 malignant pleural mesothelioma cell lines, suggesting the clinical relevance of their combination in chemotherapy,” concluded the research team.  Their results appear in a recent issue of Oncology Reports.

A second study of pemetrexed suggests the drug might have a stronger anti-tumor effect when combined with compounds that release nitric oxide. This team, also based in Japan, used two types of nitric oxide-producing compounds (called nitric oxide donors) for their tests: NOC-18 and nitroglycerin (GTN).

To study the impact of these compounds on pemetrexed, they injected 100 nM of NOC-18 for 3 days into mice with lung cancer who’d been treated with pemetrexed.  They report that the NOC-18 “significantly enhanced PEM-induced cytotoxicity” and increased the expression of other anti-tumor compounds in the cells.  Adding nitroglycerin to the mix further enhanced the effect. “Combination therapy with GTN and PEM significantly reduced tumor growth compared with PEM alone in the syngraft model,” wrote the Kyoto University-based team.

Released in 2004 under the brand name Alimta, pemetrexed was the first drug approved specifically for mesothelioma. It is also used to treat non-small cell lung cancer. Pemetrexed is a folate antimetabolite that works by inhibiting certain key enzymes, preventing the formation of DNA and RNA critical for cell growth and survival.

The MESOMICS project is the most comprehensive dataset of mesothelioma genomics to date. The data in this resource can help researchers to design precision treatments for mesothelioma patients This project was created by an international collaboration between scientists from France, Chile, and the United States. Understanding Diagnosis Malignant pleural mesothelioma is a rare cancer caused by asbestos exposure. There are approximately 2,000 cases of mesothelioma diagnosed in the United States alone every year. Because it is so rare, the treatment options are very limited compared to other types of cancer. The limited treatment options combined with the cancer’s ability to spread without being noticed makes mesothelioma a deadly disease. Median overall survival for mesothelioma patients is a little over a … END_OF_DOCUMENT_TOKEN_TO_BE_REPLACED