Home / News / Asbestos Exposure During Childhood Can Lead to Mesothelioma 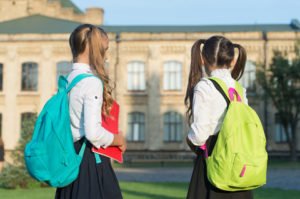 Scientists are looking at mesothelioma risk in women exposed to asbestos. Asbestos exposure in women varies. But, environmental and domestic asbestos exposures are common.

All forms of asbestos are capable of causing cancer in humans. Most asbestos research focuses on malignant mesothelioma. This is aggressive cancer associated with exposure to asbestos.

Aalborg University is looking at a new angle. Scientists are looking at girls who went to school near an asbestos factory in Denmark. Those school girls had more than a sevenfold risk of developing malignant mesothelioma. This risk increased due to environmental and domestic asbestos exposure.

Another type of asbestos exposure was considered here also. This included women living near asbestos-producing facilities. And the added risk of domestic or familial occupational exposure. This is due to the cleaning of asbestos-contaminated working clothes.

This finding suggests that asbestos increased the risk of mesothelioma through environmental exposure. The International Agency for Research on Cancer connected asbestos and certain cancer types. Other female cancers connected to asbestos are a cancer of the uterus and cervix.

Heightened Risk in Women after Environmental and Domestic Asbestos Exposure

In the school group, 15% of the former school children had at least one cancer. Of these, 26% also had or had a family member with occupational asbestos exposure. In all, scientists counted 1,331 primary cancers among the former school girls.

The risk of lung cancer was high for women with occupational and domestic exposure. The number of malignant mesothelioma cases was also very high.

Asbestos occupational exposure had an increased hazard ratio for cancer in the cervix. But a lower risk of ovarian cancer.

Children living and attending school near the asbestos plant have increased cancer risk. They had environmental and domestic asbestos exposure during childhood. After 51 years, these women had a higher incidence of mesothelioma. They had a higher rate of cancer of the corpus uteri.

According to Dr. Sofie Bünemann Dalsgaard of the Department of Clinical Medicine at Aalborg University, “This population is…important to study, not only for mesothelioma, but also other cancer types that have not been sufficiently studied, including female-specific cancers.”

This new Danish study has some unique features. First, they used a large cohort of female students that were all asbestos-exposed. All exposures were from school attendance and living nearby the asbestos cement factory.

Second, they were able to estimate their occupational and domestic asbestos exposure history.

Third, they had a long follow-up period of more than 40 years. This is important since it can take a long time to diagnose mesothelioma.

Environmental asbestos exposure in childhood increased the risk of malignant mesothelioma in women. This new study revealed an increased risk due to lifestyle and behavioral characteristics.

The MESOMICS project is the most comprehensive dataset of mesothelioma genomics to date. The data in this resource can help researchers to design precision treatments for mesothelioma patients This project was created by an international collaboration between scientists from France, Chile, and the United States. Understanding Diagnosis Malignant pleural mesothelioma is a rare cancer caused by asbestos exposure. There are approximately 2,000 cases of mesothelioma diagnosed in the United States alone every year. Because it is so rare, the treatment options are very limited compared to other types of cancer. The limited treatment options combined with the cancer’s ability to spread without being noticed makes mesothelioma a deadly disease. Median overall survival for mesothelioma patients is a little over a … END_OF_DOCUMENT_TOKEN_TO_BE_REPLACED