Home / News / Gender Differences in Men versus Women with Mesothelioma 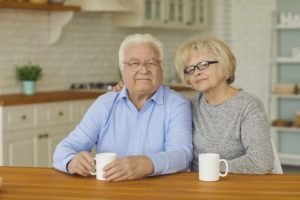 Asbestos is toxic and cancer-causing for human beings. Asbestos causes mesothelioma and other asbestos related diseases.

Mesothelioma, asbestosis, and pleural plaques are the main asbestos-related diseases. Many consider mesothelioma as the fingerprint of asbestos usage.

Between 1961 and 2017, more 7 million tons of asbestos were consumed in Brazil. Mesothelioma from occupational exposure is most common in men. They were often exposed to asbestos at the job site.

The number of non-occupational exposures is higher in women. Women are often exposed to asbestos from domestic and environmental sources.

It has been difficult to measure the gender differences in mesothelioma in the past. This is because of a lack of data on domestic and environmental asbestos sources.

It is only in recent years that scientists have begun to look at gender differences in mesothelioma.

Data was collected from hospital admissions, cancer registries, and disease registries. Data showed an increased incidence of and mortality from mesothelioma.

In contrast, women showed higher asbestos consumption. This is likely due to dust from nearby asbestos plants, and environmental exposure.

The ratio for mesothelioma as a whole was more even. Men were only 1.7 times more likely to have mesothelioma than women.

The risk of mesothelioma increased if an individual had more non-occupational exposure. All environmental and domestic exposures to asbestos tended to be in women. This was a global trend in asbestos exposures.

The gender differences in mesothelioma diagnosis and survival center on exposure. Men are more likely to have asbestos exposure at work.

Women are more likely to have asbestos exposure at home or in the general environment.

A Canadian study found that tracking trends in mesothelioma at the local level can help officials predict future mesothelioma cases. Most mesothelioma tracking efforts focus on the national scale and monitor cases across a country or region. This study, published in Cancer Causes and Control, looked at mesothelioma cases based on industrial sources of asbestos in Ontario and British Columbia. Growing Number of Cases Asbestos is a toxic material that is used in many commercial and industrial products. It’s durability and heat resistance made it very popular in products like construction materials, textiles, and vehicles. Mesothelioma is a deadly cancer caused by exposure to asbestos. It was first identified as a cancer-causing material in 1977 by the International Agency for … END_OF_DOCUMENT_TOKEN_TO_BE_REPLACED