Home / News / Korea: Mesothelioma to Rise for Another 30 Years 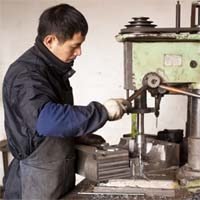 While mesothelioma rates are expected to start declining in the U.S. within the next decade, Korea’s war on against this aggressive cancer may be just getting started.

According to English language newspaper The Korea Herald, Korea’s Ministry of Environment is predicting that the number of mesothelioma cases will continue to rise in that country until the year 2045. Mesothelioma is caused by exposure to asbestos. The Ministry of Environment report shows that the number of mesothelioma patients registered at Korean medical facilities jumped from 61 in 1996 to 152 in 2007. The number of deaths from asbestos exposure also rose from 24 in 2001 to 57 in 2006.

Although Korea recently enacted a law regulating asbestos use which will take effect in April, the 10 to 40 year latency period for mesothelioma means that thousands of Koreans may already be on track to contract the disease. But the National Institute of Environment Research in Korea predicts that the new law with have a profound effect on future disease. They say the new regulations may prevent up to 20,000 asbestos-related deaths over the next 50 years.

The Ministry of Environment report acknowledged that a number of other developed countries are well ahead of Korea in recognizing and addressing the problem of asbestos and mesothelioma. In the Netherlands, where asbestos use has been regulated since 1991, the number of mesothelioma cases is expected to start declining by 2017. In Japan, health authorities have seen an increase in mesothelioma cases since 2000 with a peak number of cases predicted around 2030. Asbestos has been banned in Japan since 2005.

In the U.S., the National Institutes of Health estimates that around 11 million people were exposed to asbestos between 1940 and 1978. Although asbestos use on the job is now regulated by the U.S. Occupational Safety and Health Administration (OSHA), it has not been banned. On July 12, 1989, EPA banned most asbestos-containing products, but in 1991, this regulation was overturned by the Fifth Circuit Court of Appeals. About 2,500 Americans are diagnosed with mesothelioma each year, a figure that is expected to begin declining by around 2020.

Certain types of biomarkers can help doctors predict the best chemotherapy treatment for patients with malignant pleural mesothelioma. Researchers from Cairo University in Egypt looked at 91 mesothelioma patients. They tested two different chemotherapy drug combinations: pemetrexed plus cisplatin and gemcitabine plus cisplatin. FDA Approved Treatment Options Mesothelioma is a rare cancer caused by asbestos and standard therapies are limited. Most mesothelioma patients have chemotherapy as their first-line treatment. If they are healthy enough, they may also have surgery or radiation therapy. Chemotherapy is a group of toxic drugs that kill cells by damaging their DNA. As of this writing, the only FDA approved chemotherapy for malignant pleural mesothelioma is a combination of pemetrexed and cisplatin. Gemcitabine is not an … END_OF_DOCUMENT_TOKEN_TO_BE_REPLACED