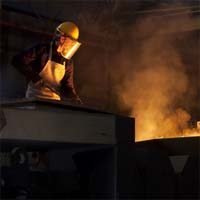 The later in life a person is exposed to asbestos, the less likely they are to develop mesothelioma, regardless of how long the exposure is.  That is the conclusion of a large population-based control study in France aimed at calculating the risk of mesothelioma among workers based on the time and duration of their asbestos exposure.

Asbestos is the only known cause of malignant pleural mesothelioma, a cancer in the tissue around the lungs. Asbestos was once a common component of building materials and insulation in France, just as it was in the rest of Europe and the U.S. Most people who develop mesothelioma have been exposed to asbestos at work or at home at multiple times in their lives.

For the new French report, researchers looked at the cases of 2,466 men between 1987 and 2006 who had been exposed to asbestos at some point in their lives.  The patients were all either part of a case control study conducted from 1987 to 1993 or part of the French National Mesothelioma Surveillance Program between 1998 and 2006.

After adjusting for the intensity and total duration of each patient’s occupational asbestos exposure, the risk of malignant pleural mesothelioma was found to be lower for subjects who were first exposed to asbestos after the age of 20.  Regardless of the age at first exposure, subjects were not out of the woods after the exposure ended.  Due to mesothelioma’s long latency period, risk continued to increase until 30 years after cessation of exposure.

But the long latency of mesothelioma appeared to work in favor of those who were exposed later in life.  The effect of total duration of exposure decreased when the age at first exposure and the time since last exposure increased.  In a report of their findings in the European Respiratory Journal, the researchers conclude, “These results… underline the need to take into account the temporal pattern of exposure on risk assessment.”

A 2010 study on the incidence of mesothelioma in France shows the disease has slightly but steadily declined in the country since 2000.  The authors of the study gave credit for the decrease to reduced national consumption of amphibole asbestos and safety regulations put in place in 1977.

The MESOMICS project is the most comprehensive dataset of mesothelioma genomics to date. The data in this resource can help researchers to design precision treatments for mesothelioma patients This project was created by an international collaboration between scientists from France, Chile, and the United States. Understanding Diagnosis Malignant pleural mesothelioma is a rare cancer caused by asbestos exposure. There are approximately 2,000 cases of mesothelioma diagnosed in the United States alone every year. Because it is so rare, the treatment options are very limited compared to other types of cancer. The limited treatment options combined with the cancer’s ability to spread without being noticed makes mesothelioma a deadly disease. Median overall survival for mesothelioma patients is a little over a … END_OF_DOCUMENT_TOKEN_TO_BE_REPLACED