Home / News / Light Treatment for Mesothelioma May Get Special Status 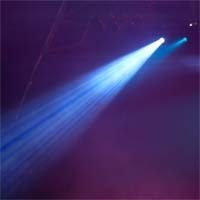 A cutting edge treatment that uses light to kill cancer cells could soon be more widely available for mesothelioma patients.

The makers of Photofrin (porfimer sodium), a drug used in photodynamic therapy, have filed for Orphan Drug designation with the FDA. An ‘orphan drug’ is classified as one developed to treat a disease affecting fewer than 200,000 Americans. Although orphan drugs must meet the same FDA standards as other drugs for safety and efficacy, their special classification can help move them to market sooner by offering tax incentives and relaxing some of the testing requirements, such as a the number of patients needed for clinical trials.

Orphan drug designation for Photofrin could offer another treatment option for mesothelioma patients. Caused by exposure to asbestos, mesothelioma typically spreads quickly across the mesothelial membranes that encase the lungs and other organs. Because of its location and configuration, mesothelioma is challenging to treat with conventional methods such as surgery, chemotherapy or radiation. An estimated 2,500 Americans die of the disease each year, many within a year of diagnosis.

But preliminary clinical trials of Photofrin suggest it may improve the odds when used as part of a multimodal approach to mesothelioma treatment. Doctors at the Pennsylvania Mesothelioma and Pleural Disease Program at Penn Medicine have successfully used Photofrin to seek out and destroy mesothelioma cells left behind after surgery. “By utilizing PDT as an intraoperative treatment, we have been able to develop a technique where we can reliably preserve the patient’s lung,” said Dr. Joseph Friedberg, Chief of Thoracic Surgery and a lead researcher on the Photofrin trial, in a press release.

When light is directed at Photofrin-treated cells, a biochemical response kills the cell. Because cancer cells (including mesothelioma) retain the photosensitizing drug longer than healthy cells, photodynamic therapy allows for a highly targeted treatment approach. Photofrin has the added advantage of being able to trigger a tumor-directed immune response in the body, causing it to attack the treated cancer cells.

Researchers in Iran tested the safety of a new version of the drug pemetrexed in patients with non-small cell lung cancer and malignant pleural mesothelioma. This drug is used to treat these patients when they are not able to get surgery for their cancer. The researchers were able to determine that pemetrexed is safe in patients with non-squamous non-small cell lung cancer. Treatment Choices Malignant pleural mesothelioma is a lung-related cancer like non-small cell lung cancer. It is caused by exposure to asbestos. Treatment for mesothelioma usually involves chemotherapy, radiation therapy, and surgery. Patients may receive more than one type of treatment. This is called multimodal therapy. Pemetrexed is a chemotherapy drug that interrupts the cell replication process that helps … END_OF_DOCUMENT_TOKEN_TO_BE_REPLACED