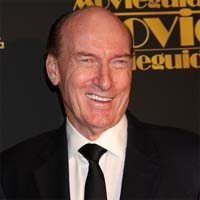 According to the Associated Press, one of Lauter’s most notable roles was that of a prison guard in the 1974 Burt Reynolds film “The Longest Yard”. He also appeared in Alfred Hitchcock’s “The Family Plot”, “Born on the Fourth of July” with Tom Cruise, and most recently played a butler in the 2011 Oscar-winning film “The Artist”. Lauter’s television appearances included “The Office”, “ER”, “Murder She Wrote” and “The Rockford Files”.

Although little is being said about the origin of Lauter’s mesothelioma, an aggressive cancer that is almost always caused by exposure to asbestos, it can be assumed that the disease took his life quickly. The AP reports that Lauter was still working on several yet-to-be released movies up until a few months ago.

Acting is not typically thought of as an occupation at high risk for mesothelioma, which more often claims people who have worked around asbestos in construction or industrial settings. Nevertheless, several notable actors have died of mesothelioma in recent years. The most famous mesothelioma victim in Hollywood was tough-guy actor Steve McQueen, who died in 1980. It is believed that McQueen was exposed to large amounts of asbestos while removing lagging around pipes aboard a troop ship while he was in the Marines.

More recently, television actor, commentator, and NFL Hall-of-Famer Merlin Olsen died of mesothelioma in 2010 at the age of 60. Olsen believed he had encountered asbestos while working construction jobs as a teenager, but believed the substance may also have been present in some of the television studios where he worked. Actor Paul Gleason, best known for roles in “The Breakfast Club”, “Trading Places” and “Die Hard”, died of mesothelioma in 2006. Like Olsen, Gleason also attributed his mesothelioma to asbestos exposure during a teenage construction job.

Finally, earlier this year, former MTV celebrity Sean Sasser, who had a brief role on “The Real World: San Francisco” and went on to become an outspoken AIDS activist, also died of mesothelioma. Although there was no word on his exposure history, it is believe that his HIV virus may have contributed to the early and rapid development of the disease.

Lauter referred to himself as a “turn” actor – an actor whose role would somehow turn the plot in a new direction. The Associated Press report said he enjoyed being recognized in public but found it amusing that people often did not know his name. Lauter was 74.

The MESOMICS project is the most comprehensive dataset of mesothelioma genomics to date. The data in this resource can help researchers to design precision treatments for mesothelioma patients This project was created by an international collaboration between scientists from France, Chile, and the United States. Understanding Diagnosis Malignant pleural mesothelioma is a rare cancer caused by asbestos exposure. There are approximately 2,000 cases of mesothelioma diagnosed in the United States alone every year. Because it is so rare, the treatment options are very limited compared to other types of cancer. The limited treatment options combined with the cancer’s ability to spread without being noticed makes mesothelioma a deadly disease. Median overall survival for mesothelioma patients is a little over a … END_OF_DOCUMENT_TOKEN_TO_BE_REPLACED