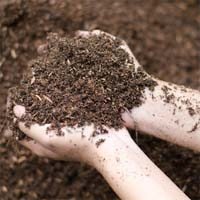 Disturbing naturally occurring asbestos, whether for farming or building, can significantly raise the risk of mesothelioma and several other cancers.

That is the conclusion of a Chinese study comparing the distribution of mortality rates of six kinds of cancer with land use patterns in the Dayao area of China. The study focused on mesothelioma, lung cancer, intestinal cancer, nasopharyngeal and laryngeal cancer, liver cancer and stomach cancer.  Rates were calculated using geographic information systems data.

The study found that the mortality rates from mesothelioma and three of the other cancer types were “significantly associated” with outcropped asbestos, asbestos in the soil that was exposed by digging. Asbestos is a silicate mineral that occurs naturally in many parts of the world and is still mined and sold as a building material in some countries. Although most cases of mesothelioma occur among people who mine or work with the mineral, the Chinese study highlights the risk associated with simply living near asbestos, especially when it has been disturbed by farming or development.

Writing in the Journal of Exposure Science and Environmental Epidemiology, the Chinese researchers report higher numbers of deaths from nasopharyngeal and laryngeal cancer, intestinal cancer, lung cancer and mesothelioma in these areas.  At the same time, they found a lower number of deaths from these four cancers in areas that had a higher percentage of undisturbed forest land. No relationship was reported between the rates of liver and stomach cancer and naturally occurring asbestos.

“It can be concluded that naturally occurring asbestos may significantly elevate the mortality rates of nasopharyngeal and laryngeal cancer, intestinal cancer, lung cancer and mesothelioma,” the researchers concluded.

According to the Agency for Toxic Substances & Disease Registry of the CDC, asbestos occurs naturally in the U.S. in several Eastern states and throughout California and the Northwest. It has been identified in Alaska, in road gravel in North Dakota, and in isolated pockets of many Midwestern and Western states, including Montana, the site of the former Libby vermiculite mine.  Libby has a much higher than average incidence of mesothelioma and other asbestos related diseases.

Wei, B et al “Impacts of land use on spatial distribution of mortality rates of cancers caused by naturally occurring asbestos”, July 4, 2012, Journal of Exposure Science and Environmental Epidemiology, Epub ahead of print.
Naturally Occurring Asbestos Location in the Contiguous USA and Alaska, Agency for Toxic Substances & Disease Registry, CDC.

A Canadian study found that tracking trends in mesothelioma at the local level can help officials predict future mesothelioma cases. Most mesothelioma tracking efforts focus on the national scale and monitor cases across a country or region. This study, published in Cancer Causes and Control, looked at mesothelioma cases based on industrial sources of asbestos in Ontario and British Columbia. Growing Number of Cases Asbestos is a toxic material that is used in many commercial and industrial products. It’s durability and heat resistance made it very popular in products like construction materials, textiles, and vehicles. Mesothelioma is a deadly cancer caused by exposure to asbestos. It was first identified as a cancer-causing material in 1977 by the International Agency for … END_OF_DOCUMENT_TOKEN_TO_BE_REPLACED