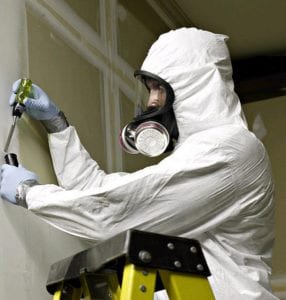 Today is the last day for the public to weigh in on a new EPA rule some say could open the door for companies to begin using toxic asbestos in new ways, raising the risk for mesothelioma for thousands of people.

Asbestos causes tens of thousands of cases of deadly malignant mesothelioma, lung cancer, and asbestosis around the world every year. Decades worth of science indicates that no level of exposure to the toxin is safe.

Yet, while while the link between mesothelioma and asbestos has driven dozens of other countries to ban the substance, the US has failed to do so. Instead, the Environmental Protection Agency (EPA) has policed the substance, regulating how, where, and by whom it can be used.

Now, a proposed new policy has mesothelioma experts worried that asbestos may have leeway to make a comeback in the US, even as 2,500 American are diagnosed with mesothelioma each year.

The rule, known as the Significant New Use Rule (SNUR), allows for new asbestos-containing products to be reviewed by the EPA on a case-by-case basis for the first time.

Currently, when the EPA evaluates products that contain asbestos, it is required to take into account all of the ways the public might be exposed to the asbestos in the proposed product – such as through air or groundwater contamination when the product is disposed of.

Under the proposed rule, these other potential sources of exposure will no longer be considered as part of the risk assessment.

While the EPA announcement of the new rule tried to frame it in a positive light, Mesothelioma advocacy groups have been vocal in their opposition, calling it a major step backward in the elimination of this known carcinogen.

“For the first time ever, the EPA has proposed a SNUR (Significant New Use Rule) which would allow for new uses of asbestos,” writes Linda Reinstein of the Asbestos DIsease Awareness Organization in a recent blog post. “EPA refuses to consider the risks of asbestos releases to the environment, including the dramatically increasing amounts of asbestos that are placed in landfills across the US.”

ADAO has been collecting signatures on a petition against the new rule which it submitted to the EPA yesterday.

In an interview with NBC News, Mary Hesdorffer, executive director of the Mesothelioma Applied Research Foundation said, “We’re supposed to be a leading nation, setting an example…We have really let down all of our partners by not banning this substance. There’s just no excuse.”

Reinstein, Linda, “EPA and TSCA Implementation: Without an Asbestos Ban, You Can Put Lipstick on This Pig, But it’s Still a Pig”, Asbestos Disease Awareness Organization blog

Malignant pleural mesothelioma is a rare type of cancer. A growing number of mesotheliomas are being treated with novel immunotherapies. But clinicians still lack a meaningful way to measure mesothelioma treatment response. An article in Seminars in Nuclear Medicine lists five ways clinicians can measure how well a treatment plan is working. And a new artificial intelligence tool can measure mesothelioma tumors without any human input. Artificial intelligence may provide the key to treatment response in the future. Measuring Mesothelioma Treatment Response In malignant pleural mesothelioma, complex tumors result in inconsistent clinical assessment. There are five common ways to measure if a treatment plan is working. Generally, a clinician will look to see if the size or weight of a tumor has … END_OF_DOCUMENT_TOKEN_TO_BE_REPLACED