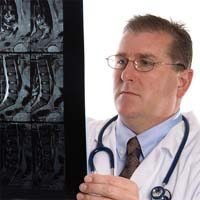 The International Association for the Study of Lung Cancer (IASLC) says the current strategy for staging malignant pleural mesothelioma may need to be modified.

According to an international team of IASLC member researchers, the current system, which was established by the International Mesothelioma Interest Group (IMIG) and has been widely used, has a number of flaws. First, in part because it was based on a retrospective analysis of a small group of mesothelioma surgical patients, it has limited value in clinical staging.  In addition, the IMIG mesothelioma staging guidelines use descriptors for lymph node involvement which the IASLC researchers say may not be relevant to mesothelioma.

Because of these shortcomings, the IASLC has announced that it will work with the IMIG to establish new staging criteria for mesothelioma. To make the new criteria as accurate and relevant as possible for clinicians, the process will start with the development of a large international database of patients. In a study published in the Journal of Thoracic Oncology the IASLC team has started the process by evaluating 3,101 mesothelioma patients from 15 centers located in four continents.

In cancer staging, the ‘T’ classification refers to the size of the tumor and whether it has invaded nearby tissue. To improve the T-classification factor in mesothelioma, the IASLC researchers suggest that measurement based on tumor volume (rather than just dimensions) could “enhance the current T descriptors.”

Finally, the authors suggest that even the broad stage I, II, III, and IV categories themselves may need to be reassessed. Currently, most of the mesothelioma patients who were included in the study were surgical patients, which may limit the applicability of the findings to other types of patients. In a press release on their findings the IASLC researchers conclude, “The addition of a larger group of patients with more advanced disease, staged clinically and managed non surgically may help determine whether stages III and IV should be classified into a and b subcategories.”

Founded in 1974, the IASLC is the only global organization dedicated exclusively to the study of lung cancer.

“Study shows revisions in MPM staging system might be needed in future”, News Release, International Association for the Study of Lung Cancer, October 15, 2012.

The MESOMICS project is the most comprehensive dataset of mesothelioma genomics to date. The data in this resource can help researchers to design precision treatments for mesothelioma patients This project was created by an international collaboration between scientists from France, Chile, and the United States. Understanding Diagnosis Malignant pleural mesothelioma is a rare cancer caused by asbestos exposure. There are approximately 2,000 cases of mesothelioma diagnosed in the United States alone every year. Because it is so rare, the treatment options are very limited compared to other types of cancer. The limited treatment options combined with the cancer’s ability to spread without being noticed makes mesothelioma a deadly disease. Median overall survival for mesothelioma patients is a little over a … END_OF_DOCUMENT_TOKEN_TO_BE_REPLACED