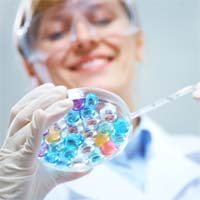 On the brink of a predicted “third wave” of mesothelioma cases in Australia, Australian scientists are testing a new kind of treatment that combines drugs and gene therapy.

Australia has long had one of the highest per capita rates of mesothelioma, the most deadly of asbestos-linked diseases. Historically, mesothelioma cases occurred first among people who worked with asbestos in Australia’s mines. Later, new cases developed among people in industrial jobs like construction or shipbuilding. But, in recent years, there is growing concern about a third wave of mesothelioma cases among renovators, do-it-yourself homeowners and others with relatively low levels of exposure.

In anticipation of this problem, scientists at Flinders University are working on a mesothelioma treatment that targets “key growth factors that feed the mesothelioma tumor.” Associate Professor Sonja Klebe recently told an Australian television station that her mesothelioma work represents “a completely different strategy to what anyone else has done so far.”

Although few details about the potential new therapy have been released, 7News reports that it involves a combination of drugs and gene therapy and that initial tests on animal subjects significantly improved mesothelioma survival. Previous studies have found that mesothelioma patients who overexpress a key cellular growth factor called Epidermal Growth Factor Receptor (EGFR) tyrosine kinase have a poorer prognosis. Targeting this or other growth factors may impede the natural tendency of mesothelioma cells to replicate out of control and make them more susceptible to treatment.

Combing gene therapy with drugs is not unprecedented in mesothelioma research. Recognizing that mesothelioma cells are highly-resistant to most anti-cancer drugs, scientists have experimented with using gene therapy to effectively “turn off” that natural resistance, giving chemotherapy a better chance to work.

The use and importation of asbestos has been banned in Australia, but the incidence of mesothelioma is not expected to peak in the country until 2020. The Australian government predicts there could be 900 cases annually by that time.

The MESOMICS project is the most comprehensive dataset of mesothelioma genomics to date. The data in this resource can help researchers to design precision treatments for mesothelioma patients This project was created by an international collaboration between scientists from France, Chile, and the United States. Understanding Diagnosis Malignant pleural mesothelioma is a rare cancer caused by asbestos exposure. There are approximately 2,000 cases of mesothelioma diagnosed in the United States alone every year. Because it is so rare, the treatment options are very limited compared to other types of cancer. The limited treatment options combined with the cancer’s ability to spread without being noticed makes mesothelioma a deadly disease. Median overall survival for mesothelioma patients is a little over a … END_OF_DOCUMENT_TOKEN_TO_BE_REPLACED