Home / News / Novel Mesothelioma Treatment is Based on Marine-Derived Compound 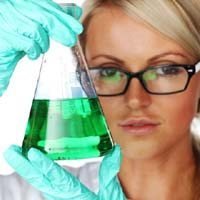 A new drug based on a compound derived from sea creatures may make an effective second-line treatment for patients with malignant pleural mesothelioma.

Most people who are diagnosed with mesothelioma will be treated with a chemotherapy combination that includes pemetrexed (Alimta) and the platinum-based drug cisplatin.

But, although pemetrexed/cisplatin is the gold standard for treating the asbestos cancer, it is only moderately effective. For many pleural mesothelioma patients, their tumors will either continue to grow during chemotherapy or will start growing again when the treatment is over.

The combination includes cisplatin and lurbinectedin, a semi-synthetic analog of a marine-derived compound.  An analog is a drug that is chemically similar to the original drug and is designed to mimic its pharmacological effects.

Lurbinectedin is an analog of trabectedin, which is derived from the Caribbean sea squirt and has been approved in Europe and Japan for the treatment of ovarian cancer.

Putting Lurbinectedin to Work Against Mesothelioma

Lurbinectedin has not yet been subjected to clinical trials for mesothelioma, but the Swiss researchers, writing in the journal Lung Cancer, say they have had good luck using the drug in two cases of advanced mesothelioma.

“The combination showed promising activity in both cases with manageable toxicity,” writes Yannis Metaxas, a researcher in the Department of Oncology at Kantonsspital Graubunden, a hospital in Chur, Switzerland.

A Japanese study published by PLoS One in March found that lurbinectedin exhibited “significant antitumor activity” in a particular type of chemoresistant ovarian cancer both when used as a single agent and in combination with another drug. Because pleural mesothelioma is often chemoresistant, researchers are hopeful about the possibilities for lurbinectedin.

As with the mesothelioma cases that are the focus of the current study, many of the ovarian cancer patients treated with lurbinectedin did experience side effects including a severe drop in white blood cell counts (neutropenia), but the problem was reversible.

Metaxas, Y, et al, “Combination of cisplatin and lurbinectedin as palliative chemotherapy in progressive malignant pleural mesothelioma: Report of two cases”, July 14, 2016, Lung Cancer, Epub ahead of print
Takahashi, R, et al, “Preclinical investigation of PM01183 (lurbinectedin) as a single agent or in combination with other anticancer agents for clear cell carcinoma of the ovary”, March 2016, PLoS One