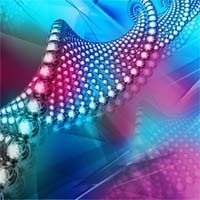 Researchers in Pennsylvania say they have come up with a new, more reliable  way of predicting mesothelioma treatment response in patients with peritoneal mesothelioma. It is based on genetic testing.

Peritoneal mesothelioma is a rare type of cancer that occurs on the lining around the abdomen. Like all types of mesothelioma, it is aggressive, hard to treat, and almost always fatal.

The growing use of a combination treatment of surgery and intraperitoneal chemotherapy – also called CRS/HIPEC – has improved the odds for peritoneal mesothelioma survival, but the procedure itself carries a long list of risks, including the risk of death.

During the CRS/HIPEC procedure, doctors remove as much of the peritoneal mesothelioma tumor as possible and follow that with a wash of heated chemotherapy drugs in the abdomen. The goal is to improve mesothelioma survival by killing any residual mesothelioma cells.

Now, scientists at the University of Pittsburgh and Emory University in Atlanta have developed a genetic testing method that they say can make it easier to decide whether the CRS/HIPEC procedure is a viable option for any given peritoneal mesothelioma patient.

The genetic test searches for alterations in three different genes: CDKN2A, NF2, and BAP1. They say using these genes to predict mesothelioma treatment response may help determine which patients are less likely to be helped by the risky CRS/HIPEC procedure.

Doctors believe the difference may lie in the genes. In the new study, genetic testing revealed that peritoneal mesothelioma patients who had deletions of the CDKN2A gene and loss of the NF2 gene had much lower progression-free survival and overall survival.

These negative mesothelioma prognostic factors applied regardless of how old the patient was, how extensive their cancer appeared to be, or how complete their CRS/HIPC procedure was.

Although past research has shown that alterations in the BAP1 gene appear to increase the odds of getting mesothelioma, the current study found no association between BAP1 loss and CRS/HIPEC produce outcomes.

In an article on the findings in the journal Modern Pathology, lead researcher Aatur Singhi suggests that this type of genetic testing may help to guide patients and doctors in future decisions about peritoneal mesothelioma treatment.

An international group of researchers have provided recommendations for countries to create a mesothelioma registry. Mesothelioma registries are great tools to monitor the negative effects of asbestos. It can help to identify clusters of asbestos exposure. Registries can also track the impact of asbestos reduction programs. Asbestos Health Risks Asbestos is a naturally occurring mineral that has been found throughout the world. Even though it is toxic, it is used in manufacturing and construction in many countries around the world. Mesothelioma is a cancer that is caused by exposure to asbestos. It grows in the lining of organs like the lungs. Generally, those who develop mesothelioma show no signs of illness for a long time after their first exposure. It … END_OF_DOCUMENT_TOKEN_TO_BE_REPLACED