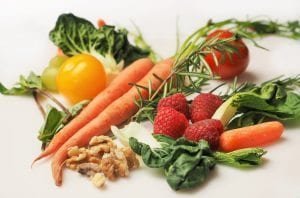 Italian scientists say it may one day be possible to treat or even prevent malignant mesothelioma by harnessing the powerful phytochemicals in fruits and vegetables.

Malignant mesothelioma is the most deadly of the diseases linked to asbestos exposure. There is no cure and standard cancer therapies are rarely able to stop its progression for long.

But, in a new report published in the October 2017 edition of the journal Biomedicine and Pharmacotherapy, doctors from the Polytechnic University of Marche in Ancona say many dietary phytochemicals impact microRNA expression which, in turn, may influence the development of mesothelioma.

A microRNA is a small non-coding molecule of RNA that plays a role in how genes are expressed by silencing certain aspects of RNA.

According to the authors of “Regulation of microRNA Using Promising Dietary Phytochemicals”, only one compound – ursolic acid found in apple peels – has been shown to regulate microRNAs in malignant mesothelioma cells.

But many others may also have the potential to do so.

Phytochemicals, including carotenoids, flavonoids, isoflavones, polyphenols, and others, are biologically active compounds found in plants. Although designed to help the plants themselves thrive or ward off threats, they can also have powerful protective effects in the organisms that consume them, including people.

The world’s longest-living mesothelioma survivor, Australian Paul Kraus, considers a diet high in fruits and vegetables a key part of his 20+ year survival, and there is good evidence to support the idea.

In just the past year, new studies were released on

The authors of the new study say these same chemicals and others may combat mesothelioma by impacting microRNAs as well as by regulating the expression of various genes that may be involved in the development of mesothelioma.

A Canadian study found that tracking trends in mesothelioma at the local level can help officials predict future mesothelioma cases. Most mesothelioma tracking efforts focus on the national scale and monitor cases across a country or region. This study, published in Cancer Causes and Control, looked at mesothelioma cases based on industrial sources of asbestos in Ontario and British Columbia. Growing Number of Cases Asbestos is a toxic material that is used in many commercial and industrial products. It’s durability and heat resistance made it very popular in products like construction materials, textiles, and vehicles. Mesothelioma is a deadly cancer caused by exposure to asbestos. It was first identified as a cancer-causing material in 1977 by the International Agency for … END_OF_DOCUMENT_TOKEN_TO_BE_REPLACED