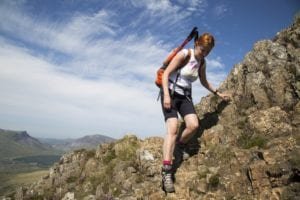 A new study is shining a spotlight on the disturbing fact that you don’t have to have worked in an asbestos industry to be exposed to asbestos and develop malignant pleural mesothelioma, one of the world’s deadliest cancers.

A new study conducted in the Mount Pollino area of Southern Italy, where asbestos is found in abundance in the soil, finds a “significant excess” of mesothelioma diagnoses, hospitalizations, and deaths from asbestos-related conditions.

Asbestos is the name for a set of six naturally-occurring silicate minerals that were once prized for their high tensile strength and resistance to heat and corrosion. Asbestos was used in a variety of building products and insulation materials from as early as the 1930s.

But by the 1980s, asbestos use was largely phased out in many developed countries because of its link to malignant mesothelioma, asbestosis, and lung cancer. Asbestos fibers are long and thin and tend to stay in the body if they are inhaled or swallowed, causing chronic inflammation and irritation that can eventually result in mesothelioma.

Tens of thousands of asbestos-exposed workers around the world have contracted and died of pleural mesothelioma because they did not know about the risks or were not protected by their employers. Others have been sickened by exposure to asbestos-containing products.

Mesothelioma Risk in the Environment

Unfortunately, since asbestos exists in the soil, mining, making or handling asbestos products are not the only ways for people to be exposed to the mesothelioma-causing mineral.

The new study conducted by public health researchers in Rome focused on people who live in 12 communities in the vicinity of Mount Pollino where asbestos deposits are located close to houses and neighborhoods.

Analysis found that there were significantly more cases of mesothelioma in this region than in other parts of the country and an unusually large number of people hospitalized for pleural tumors, a dust inhalation condition called pneumoconiosis, and asbestosis.

“It is necessary to continue environmental monitoring and environmental remediation in the area with higher asbestos exposure,” advises the research team in the Italian medical journal Epidemiology and Prevention.

The researchers suggest that health officials in the region set up a “permanent process of epidemiological surveillance” in the area as well as an organized plan for continuing to educate the population about the risks of asbestos and the signs of mesothelioma.

Some of the highest levels of environmental asbestos exposure in the US have occurred in communities located near former asbestos mines.

Libby, Montana, location of the asbestos-contaminated WR Grace vermiculite mine, is a prime example. Asbestos dust from the now-closed mine has caused the deaths of hundreds of people and has made thousands of miners and their families sick with malignant mesothelioma.

Even hikers and other outdoor enthusiasts can raise their risk for mesothelioma by inadvertently disturbing natural asbestos deposits or by straying too close to jobsites where asbestos was prevalent.

Mountainous areas are most likely to be home to asbestos deposits, but asbestos can be found in almost any area where there are concentrations of host rocks such as limestone or serpentine and it has been found in every state.

A new study shows that a multifaceted approach to quitting smoking can help patients diagnosed with cancer. One rare type of cancer is mesothelioma. This cancer is caused by exposure to asbestos. It occurs in the lining of different parts of your body, usually in the abdomen or the lungs. Mesothelioma often takes decades to develop after being exposed to asbestos. The symptoms can be hard to diagnose because they look like other, more common diseases. This makes treating mesothelioma more difficult, too. The cancer has more time to spread while doctors are struggling to make a diagnosis. There are other factors that make cancers like mesothelioma difficult to treat. Smoking after a cancer diagnosis can lead to worse survival … END_OF_DOCUMENT_TOKEN_TO_BE_REPLACED