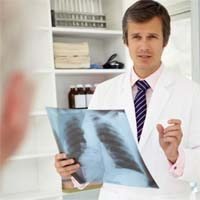 Another study supports the safety of a new treatment approach for peritoneal mesothelioma that combines cytoreductive surgery (CRS) with hyperthermic intraperitoneal chemoperfusion (HIPEC). The study finds the procedure safe, even when it is performed by surgeons who are new to the technique.

HIPEC is a secondary treatment for mesothelioma and other cancers used in combination with open surgery. It involves bathing the open body cavity with a mixture of heated chemotherapy medicines. The drugs are designed to attack mesothelioma and other cancer cells left behind after cytoreductive surgery and to prevent new cancer cells from forming. The heat is believed to help the drugs more easily penetrate into tissue.

Cancer researchers at the University of Arizona, which has recently begun using CRS/HIPEC, conducted a small study on a group of patients with various abdominal cancers, including peritoneal mesothelioma, a virulent cancer involving the lining of the abdominal cavity. The aim of the study was to compare the outcomes of cancer patients who underwent CRS/HIPEC with those who did not, to determine the safety and feasibility of the new program.

Fourteen percent of patients in the study had mesothelioma. Some of the patients studied underwent CRS/HIPEC as a curative measure, while others received it for palliation of their cancer symptoms. The peritoneal cancer index (PCI) is a measure of the severity of the cancer. The majority of patients who underwent curative CRS/HIPEC had an average PCI of 10, compared with a PCI of 25 among those who were not recommended for CRS/HIPEC.

The good news for peritoneal mesothelioma patients considering this approach is that the University of Arizona had no post operative deaths among the CRS/HIPEC patients studied. Thirty-six percent of patients did experience postoperative complications, the most serious of which was abdominal obstruction. The report supports the findings of other recent HIPEC studies which suggest that the procedure is a relatively safe way to help prevent the spread of mesothelioma within the abdomen.

Based on their findings, the University of Arizona team concluded that, when it is performed at a tertiary care institution, CRS/HIPEC is safe and feasible for mesothelioma and other cancers, even when the program itself is new.

The MESOMICS project is the most comprehensive dataset of mesothelioma genomics to date. The data in this resource can help researchers to design precision treatments for mesothelioma patients This project was created by an international collaboration between scientists from France, Chile, and the United States. Understanding Diagnosis Malignant pleural mesothelioma is a rare cancer caused by asbestos exposure. There are approximately 2,000 cases of mesothelioma diagnosed in the United States alone every year. Because it is so rare, the treatment options are very limited compared to other types of cancer. The limited treatment options combined with the cancer’s ability to spread without being noticed makes mesothelioma a deadly disease. Median overall survival for mesothelioma patients is a little over a … END_OF_DOCUMENT_TOKEN_TO_BE_REPLACED