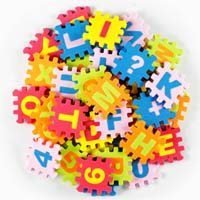 When surgery is indicated for mesothelioma, doctors typically turn to one of two procedures: extrapleural pneumonectomy or pleurectomy/decortication (P/D). Of the two, extrapleural pneumonectomy is the most extensive and risky, involving removal of a lung, the lining of the lung, and parts of the diaphragm. Though somewhat controversial, this mesothelioma surgery is well-defined in most centers. In contrast, a new study finds that surgeons vary widely in their definition of pleurectomy/decortication.

To get a better understanding of what mesothelioma surgeons mean when referring to P/D, members of the International Association for the Study of Lung Cancer and the International Mesothelioma Interest Group conducted a web-based survey of 62 surgeons from 39 medical centers who had performed at least one mesothelioma surgery in the past year. The mean annual number of cytoreductive procedures performed per surgeon was 8 and the mean number of mesothelioma patients seen annually at each medical center was 46.

Seventy-two percent of the survey’s respondents defined P/D as “resection of parietal and visceral pleura with the aim of achieving macroscopic complete resection.” However, in cases where the diaphragm or pericardium was also resected, 64 percent of the mesothelioma surgeons preferred the term “radical P/D”. If these structures were not removed, 40 percent of respondents called the procedure “P/D” while 39% called it “total pleurectomy”.

As for the effectiveness of the procedure, most surgeons surveyed believed that only extrapleural pneumonectomy (90%) or “radical P/D” (68%) could provide adequate cytoreduction of mesothelioma tumors. Only 23% thought that standard P/D could do this.

The authors of the study express concern at the variations they found in surgical nomenclature for P/D and suggest that the terminology for this mesothelioma surgery be standardized. The article concludes with the recommendation that “P/D should aim to remove all macroscopic tumor involving the parietal and visceral pleura and should be termed ‘extended P/D’ when the diaphragm or pericardium is resected.”

Learn more on the mesothelioma definition.

Researchers in Iran tested the safety of a new version of the drug pemetrexed in patients with non-small cell lung cancer and malignant pleural mesothelioma. This drug is used to treat these patients when they are not able to get surgery for their cancer. The researchers were able to determine that pemetrexed is safe in patients with non-squamous non-small cell lung cancer. Treatment Choices Malignant pleural mesothelioma is a lung-related cancer like non-small cell lung cancer. It is caused by exposure to asbestos. Treatment for mesothelioma usually involves chemotherapy, radiation therapy, and surgery. Patients may receive more than one type of treatment. This is called multimodal therapy. Pemetrexed is a chemotherapy drug that interrupts the cell replication process that helps … END_OF_DOCUMENT_TOKEN_TO_BE_REPLACED