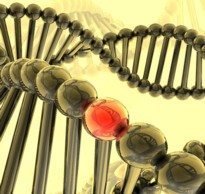 A gene known as P2X7R (or P2RX7) and the protein that it encodes may offer a novel target for a new kind of mesothelioma therapy.

A recent study of P2X7R at the University of Ferrara in Ferrara, Italy found that the protein was overexpressed in three different mesothelioma cell lines. Just as importantly, P2X7R was not expressed by healthy mesothelial membrane cells taken from healthy subjects.

The Search for a New Mesothelioma Treatment

Researchers have known about the existence of the P2X7R gene and its signaling protein for some time. Recently, this signalling pathway has been attracting more attention for its potential role in cancer cell death or proliferation.

When the University of Ferrara researchers had confirmed that the protein was expressed by mesothelioma cells, they began to test how blocking it might affect their growth.

“Malignant pleural mesothelioma cell proliferation was inhibited by in vitro incubation in the presence of selective P2X7R antagonists,” reports researcher Francesca Amoroso, PhD, a molecular biologist with the University of Ferrara. The same effect was seen in the lab when scientists used a different agent called an agonist to prevent the protein from binding to its intended receptor.

The next phase of testing P2X7R was to see how targeting the protein affected mesothelioma tumors in live animals.

“Our findings suggest that P2X7R might be a novel target for the therapy of mesothelioma,” writes Dr. Amoroso.

Methods for targeting specific genes and signalling proteins are a major focus for many of the world’s cancer researchers, particularly those studying rare and hard-to-treat cancers such as mesothelioma.

Mesothelioma patients currently have few viable treatment options. Even with multimodal treatment including surgery, chemotherapy and radiation, the asbestos cancer is often fatal within 18 months of diagnosis. In 2016, an estimated 2,500 Americans will receive a mesothelioma diagnosis.

The MESOMICS project is the most comprehensive dataset of mesothelioma genomics to date. The data in this resource can help researchers to design precision treatments for mesothelioma patients This project was created by an international collaboration between scientists from France, Chile, and the United States. Understanding Diagnosis Malignant pleural mesothelioma is a rare cancer caused by asbestos exposure. There are approximately 2,000 cases of mesothelioma diagnosed in the United States alone every year. Because it is so rare, the treatment options are very limited compared to other types of cancer. The limited treatment options combined with the cancer’s ability to spread without being noticed makes mesothelioma a deadly disease. Median overall survival for mesothelioma patients is a little over a … END_OF_DOCUMENT_TOKEN_TO_BE_REPLACED