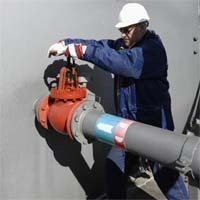 Thousands of people who live or travel in Italy may be at risk for peritoneal mesothelioma and other abdominal cancers and not even know it.

A recent report found evidence of asbestos fibers in drinking water in the Tuscany region in Central Italy and cancer researchers say the problem could trigger cases of malignant peritoneal mesothelioma.

Scientists with the International Society of Doctors for Environment recently published their concerns in an Italian medical journal.

Asbestos was once a common additive to insulation and other building materials. The danger is that when asbestos fibers are accidentally inhaled or ingested, they stay in the lungs, setting up a complex chain of physiological reactions that can result in mesothelioma cancer decades later.

After asbestos was found to be the primary cause of mesothelioma, many countries, including Italy, banned it’s use and importation. An asbestos ban has been in effect in Italy since 1992.

But, even though asbestos is no longer used in Italian industry, thousands of miles of asbestos-lined water pipes are still in use in the country and appear to now be leaching asbestos fibers into the drinking water.

The amount of asbestos in Italy’s drinking water appears to be minimal, but the researchers say these fibers may still interact with other cancer-causing agents, exponentially raising the risk of the abdominal form of mesothelioma, called peritoneal mesothelioma, and cancers of the digestive tract.

“In animal models, asbestos fibres ingested with drinking water act as a co-carcinogen in the presence of benzo(a) pyrene and, according to the International Agency for Research on Cancer (IARC ), there is evidence pointing to a causal effect of ingested asbestos on gastric and colorectal cancer,” write the authors.

The level of cancer risk appears to be proportional to how much asbestos-tainted water is consumed, how often it is consumed, and whether or not there is simultaneous exposure to other carcinogens.

The authors say asbestos in drinking water could help explain at least some of the Italian mesothelioma cases that have occurred without any evidence of asbestos inhalation.

Reducing the Mesothelioma Risk in Water

While there are still no cases of mesothelioma that have been directly linked to the asbestos in Tuscany’s drinking water, the scientists warn that regulation is needed to protect citizens from asbestos-related cancers such as peritoneal mesothelioma.

They point to the fact that there is no systematic monitoring of drinking water in the region to determine how much asbestos is actually in it and warn that further epidemiological studies are “urgently needed” to adequately assess the health risk.

Many of the pipes that carry drinking water in the US are made of asbestos cement. However, asbestos is one of the toxins covered by the Safe Drinking Water Act and most of it is filtered out by water treatment plants. Even so, the CDC acknowledges that Americans routinely consume trace amounts of asbestos in their drinking water .

Researchers in Iran tested the safety of a new version of the drug pemetrexed in patients with non-small cell lung cancer and malignant pleural mesothelioma. This drug is used to treat these patients when they are not able to get surgery for their cancer. The researchers were able to determine that pemetrexed is safe in patients with non-squamous non-small cell lung cancer. Treatment Choices Malignant pleural mesothelioma is a lung-related cancer like non-small cell lung cancer. It is caused by exposure to asbestos. Treatment for mesothelioma usually involves chemotherapy, radiation therapy, and surgery. Patients may receive more than one type of treatment. This is called multimodal therapy. Pemetrexed is a chemotherapy drug that interrupts the cell replication process that helps … END_OF_DOCUMENT_TOKEN_TO_BE_REPLACED