Home / News / The Mesothelioma Surgery Debate: Is it Over? 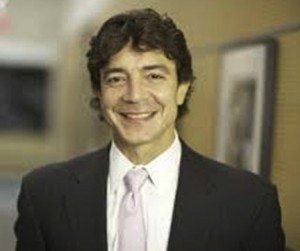 One of the country’s top experts in mesothelioma treatment says, when it comes to surgery, the evidence points to better survival with pleurectomy and decortication (PD) than with the more radical extrapleural pneumonectomy (EPP).

The controversy over which type of mesothelioma surgery is best has gone on for years, with strong disagreement between respected surgeons.

But Raja Flores, MD, a thoracic surgeon and researcher with Mount Sinai Health System in New York, says, after years of comparative studies, including a new one from Turkey, the data points to PD as the better approach for optimizing mesothelioma survival.

PD is the more conservative of the two mesothelioma surgical approaches. It involves removing the diseased pleural lining around the lungs, all or part of the diaphragm, the membrane that surrounds the heart, and other at-risk tissues.

EPP is similar but goes a step further and removes the lung closest to the mesothelioma tumor, as well.

While some studies have shown a survival advantage with EPP, others have found that the higher risk of death and complications from this type of mesothelioma surgery, outweigh the potential benefits.

Dr. Flores made his comments about PD being the better mesothelioma treatment approach in a recent issue of the Journal of Thoracic and Cardiovascular Surgery.

In the article, he pointed to another study, published in the same journal, of 72 Turkish mesothelioma patients. who underwent either EPP or PD.

After accounting for all variables, the Turkish researchers concluded that there was no significant survival difference between the two types of mesothelioma surgery.

Weighing the Benefits and Risks of Mesothelioma Surgery

Some top centers still perform EPP surgery, and prefer it because of its ability to remove more mesothelioma cells than PD can. But Dr. Flores says, on balance with the risks of lung removing surgery, the fact that PD may not remove as much of the disease is an acceptable trade-off.

“The take-home message is analogous to the concept of the law of diminishing returns, remove as much tumor as possible but without sacrificing the lung,” writes Dr. Flores.

Although new drugs may one day negate the need for mesothelioma surgery, Dr. Flores concludes his article by saying that, as long as surgery is still an option, “we have our answer – for now.”

A new study from the University of Sydney showed that cannabis had some anti-cancer effects in mesothelioma. Parts of the marijuana plant have been used for centuries to treat a wide variety of ailments. This includes cancers like pleural and peritoneal mesothelioma and cancer-related pain. We have all heard of medical marijuana. Various states have either legalized its use for specific patients. Many are reviewing its legality for various diseases. Cannabis and Mesothelioma Survival Mesothelioma is a deadly disease with few treatment options. Alternative treatments consist of any approach considered non-conventional. This may include herbs, vitamins, minerals, and other natural non-toxic supplements. When used with conventional approaches, these alternative modalities are often called “complementary.” Surveys suggest that over 70% of … END_OF_DOCUMENT_TOKEN_TO_BE_REPLACED