Home / News / The Role of Post-Surgical Radiation in Mesothelioma Survival 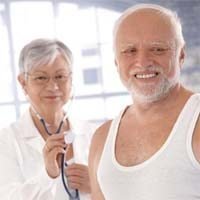 More research is needed before we will know whether radiotherapy after mesothelioma surgery can improve mesothelioma survival. That’s the conclusion of a newly-published assessment performed by an Egyptian doctor.

The study, which tracked more than 2,000 mesothelioma patients over a ten-year period, found that, while some radiotherapy patients did live longer, the benefits did not extend to patients with a certain mesothelioma subtype.

Four hundred and sixty-nine of the mesothelioma patients identified were treated with radiotherapy after their surgery.

“Both before and after propensity score matching, overall survival was better in the postoperative radiotherapy group,” writes Dr. Abdel-Rahman in the German medical journal Strahlenther Onkologie.

Radiotherapy Benefits Not for All Mesothelioma Patients

On the surface, it seems to be good news for patients facing the prospect of mesothelioma surgery. However, the report goes on to say that postoperative radiotherapy did not improve the survival in patients with sarcomatoid mesothelioma, a rarer but even more deadly form of the asbestos cancer.

In addition, when the data was further analyzed. It became evident that not receiving postoperative radiotherapy did not correlate with worse mesothelioma survival.

The factors that did not bode well for mesothelioma survival included sarcomatoid histology, cancer spread to the lymph nodes, and being over age 70.

“Evidence from this analysis is insufficient on its own to routinely recommend postoperative radiotherapy for surgically resected malignant pleural mesothelioma,” concludes the report, which calls for “large-scale prospective clinical trials” of radiotherapy for mesothelioma.

But the use of radiation as part of multi-modal mesothelioma treatment does not hinge on a single study. This fall, doctors at Mount Sinai Medical Center reached a more optimistic conclusion regarding radiotherapy and mesothelioma survival.

Their study of more than 14,000 patients with non-metastatic pleural mesothelioma found that a third of the mesothelioma patients who had radiotherapy were still alive two years after treatment compared to just 19.4 percent of those who had no radiotherapy.

After adjusting for demographic, pathologic and treatment factors, the team determined that study subjects who had both radiotherapy and surgery had a lower mortality rate than those who had either radiotherapy or surgery alone.

That study concluded that increased use of radiotherapy in the treatment of malignant pleural mesothelioma was warranted.

Abdel-Rahman, O, “Role of postoperative radiotherapy in the management of malignant pleural mesothelioma: A propensity score matching of the SEER database”, Junary 2, 2017, Strahlenther Onkologie, Epub ahead of print

A new study shows that a multifaceted approach to quitting smoking can help patients diagnosed with cancer. One rare type of cancer is mesothelioma. This cancer is caused by exposure to asbestos. It occurs in the lining of different parts of your body, usually in the abdomen or the lungs. Mesothelioma often takes decades to develop after being exposed to asbestos. The symptoms can be hard to diagnose because they look like other, more common diseases. This makes treating mesothelioma more difficult, too. The cancer has more time to spread while doctors are struggling to make a diagnosis. There are other factors that make cancers like mesothelioma difficult to treat. Smoking after a cancer diagnosis can lead to worse survival … END_OF_DOCUMENT_TOKEN_TO_BE_REPLACED